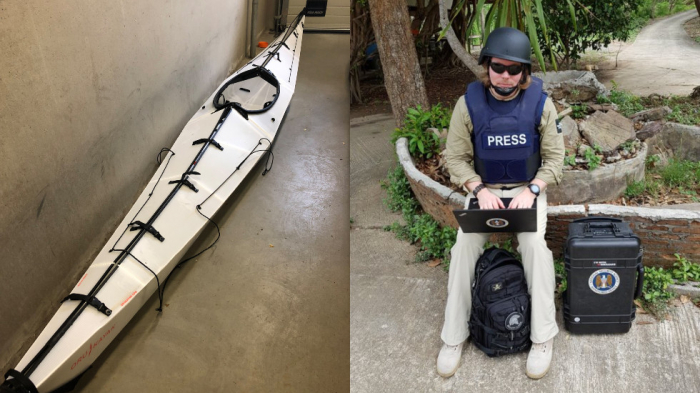 A WikiLeaks associate, who mysteriously vanished last year while on a visit to Norway, was probably the victim of a kayaking accident, Norwegian police say. The man’s body remains missing, however, leaving a mystery unsolved.

In a statement on Friday, police said they believe Arjen Kamphuis – a missing cybersecurity expert and WikiLeaks affiliate who was last seen in the Norweigan town of Bodo in the summer of 2018 – was likely “lost at sea” after a kayaking trip went awry.

“The police have concluded that Mr Kamphuis most likely suffered an accident on the evening of August 20, 2018, while kayaking in … northern Norway, and was subsequently lost at sea,” the police statement said.

His body has still not been recovered.

Kamphuis’s disappearance has generated conspiracy theories, particularly due to his connection to WikiLeaks and suspicions were stoked further last year when a phone belonging to Kamphuis was briefly activated in a location nearly 1,000 miles (1,600 kilometers) from Bodo.

However, in their Friday statement, police said the phone was picked up by a pair of truck drivers who stopped to fish near the spot Kamphuis’s kayak and other belongings were discovered, and that they “have no reason to believe that the truck drivers were involved in the disappearance of Mr Kamphuis in any other way.”

WikiLeaks referred to the cyber engineer’s disappearance as “strange” back then, but has yet to comment on the latest police statement.