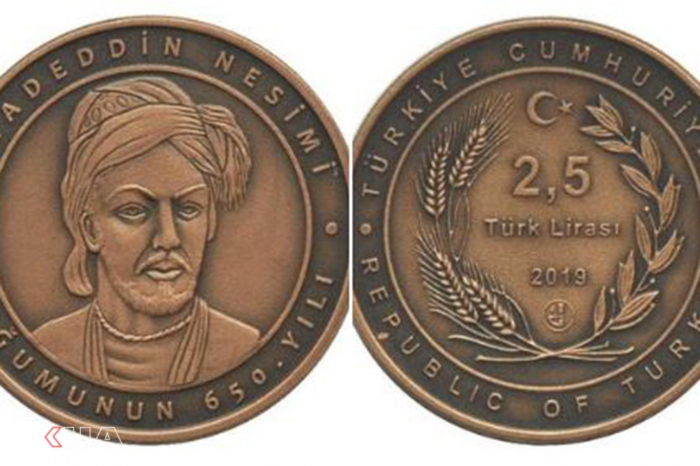 A 2.5 lira bronze coin dedicated to 650th anniversary of Azerbaijani poet Imadaddin Nasimi was issued in Turkey, AzVsion.az reports on Aug. 24 referring to the Turkish media.

As reported, the image of the poet has been engraved on the front side of the coin, while the inscription "Turkiye Cumhuriyeti (Turkish Republic) 2.5 Lira" - on the back side.

To commemorate the 650th anniversary of the great Azerbaijani poet Imadaddin Nasimi, 2019 has been declared in Azerbaijan as the Year of Nasimi.