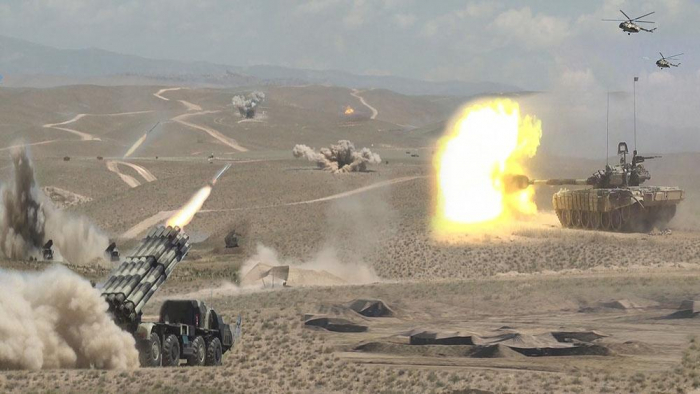 The Command and Staff Exercises held in accordance with the “Plan for the combat coordination of the Nakhchivan military garrison troops for the 2019 year” have ended, the Azerbaijani Defense Ministry said on Aug. 25, AzVision.az reports.

According to the plan, three-phase bilateral Command and Staff Exercises of the Nakhchivan garrison troops were carried out in stages. As part of the exercises, the control of troops that have raised by alert and withdrawn to concentration areas was practically carried out. The staffs have planned defensive and offensive operations on the terrain. The units that fulfilled the practical operations have also conducted combat firing.

The actions of the troops have been worked out on computers in the Simulation Center of the Nakhchivan garrison, and the commanders' battle control skills were improved.

At the end of the exercises, the actions of the units were analyzed, weaknesses were taken into considerations and the tasks for preparing for the next exercises were clarified. In general, during the exercises, all the assigned goals were achieved.