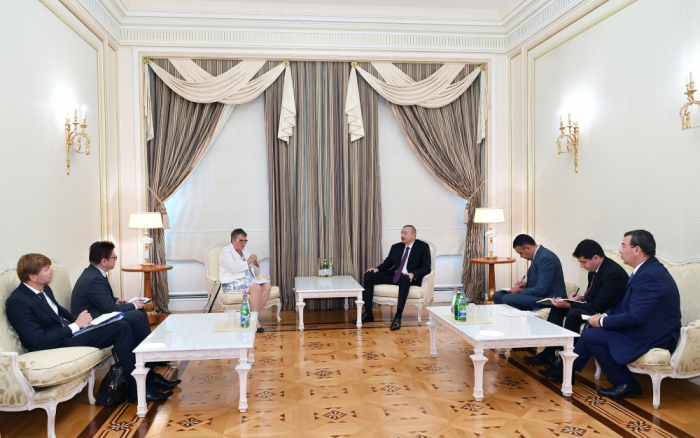 President of the Republic of Azerbaijan Ilham Aliyev has received a delegation led by President of the Parliamentary Assembly of the Council of Europe (PACE) Liliane Maury Pasquier.

It was noted that the acquaintance of PACE president with Azerbaijan, the meetings at various levels and discussions created good opportunities for the development of the bilateral relations.

It was underlined that this year marked the 70th anniversary of the establishment of the Council of Europe. The importance of the events held as part of the anniversary was emphasized.

The issues of the protection of human rights and democratic development in Azerbaijan were also discussed at the meeting.

The sides had a broad exchange of views on the issues of mutual interest on the agenda of the Council of Europe.