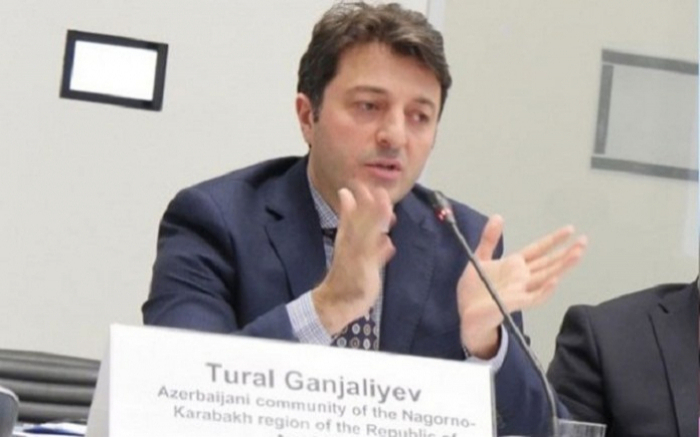 'To 'legitimaze' the results of the occupation, criminal Karabakh junta commits various provocations in the occupied territories of Azerbaijan keeping the Armenian community under captivity and preventing Azerbaijanis' return to their historical lands,' head of the Azerbaijani community of Nagorno-Karabakh Tural Ganjaliyev said, AzVision.az reports.

'Separatist regime holds so-called 'elections' in the occupied territories of Azerbaijan. They create 'show' of international representatives' visit to Nagorno-Karbakh by inviting several deputies and foreign representatives. Unequivocally such actions are only provocations. It is also an indicator of the fact that the criminal junta is in the extremely difficult situation. These provocations will not produce any results,' Ganjaliyev noted.

'We call on representatives of the international organizations and media agencies not to make illegal visits to historical Azerbaijani lands occupied by Armenia. Such kind of visits do not have any legal basis,' Ganjaliyev also added.