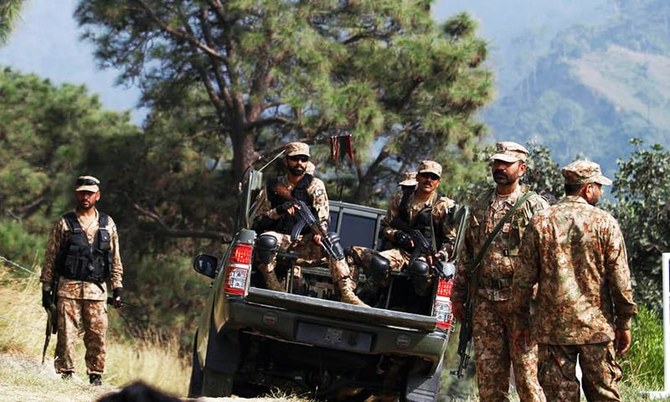 Accusations of firing by both sides across the Afghan-Pakistani border, and by both Indian and Pakistani forces across an old ceasefire line dividing their areas in the Muslim-majority region of Kashmir are common.

The latest incidents come at an especially tense time between Pakistan and India, and as talks between the United States and the Afghan Taliban have broken down.

Pakistan’s Foreign Office summoned an Afghan diplomat on Saturday to account for what it said was firing into Pakistan by militants in Afghanistan, a spokesman for Pakistan’s foreign ministry said in a statement.

The militants shot and killed a Pakistani soldier on patrol in one incident late on Friday. In a second incident, Pakistani forces fencing a section of the border were attacked and three were killed, the ministry said on Saturday.

Pakistan underscored in its meeting with the Afghan diplomat that Afghanistan was responsible for securing its side of the border.

An Afghan government spokesman could not be immediately reached. Afghan officials have in recent weeks accused the Pakistani military of several incidents of heavy artillery fire into Afghanistan.

Both of the uneasy neighbors are battling militant factions along their largely porous border and each accuses the other of harboring their militant enemies.

Pakistan also summoned an Indian diplomat on Saturday after it said firing by Indian forces across the Line of Control (LoC) in the disputed territory of Kashmir killed a 40-year-old woman from the village of Balakot.

The nuclear-armed neighbors have fought two of their three wars over Kashmir.

The LoC, an old ceasefire line, is the de facto border between the parts of Kashmir that India and Pakistan administer.

Tensions between the two countries have flared since Aug. 5 when New Delhi flooded Indian Kashmir with troops to quell unrest after it revoked the region’s special status.