'We are losing the race' on climate catastrophe, warns UN chief 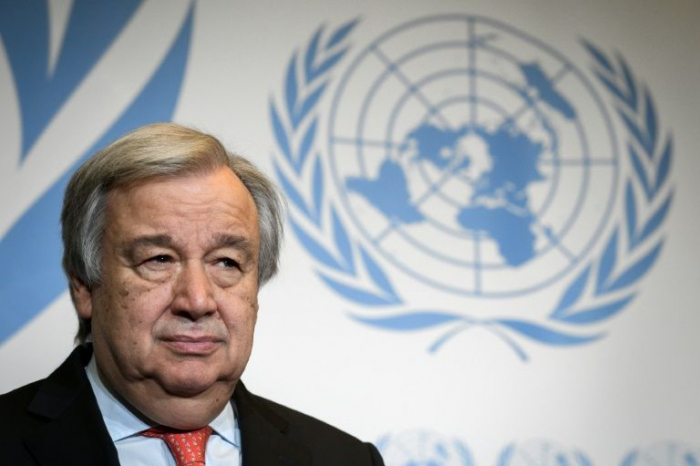 UN Secretary-General Antonio Guterres said Tuesday the world was "losing the race" to avert climate disaster, but that greenhouse gas reduction targets were not out of reach yet, AzVision.az reports citing AFP.

He was speaking during an interview with the Covering Climate Now coalition of media, which includes AFP, days before a UN youth climate summit that will be followed by a meeting with world leaders, where he will urge countries to raise their commitments set under the Paris agreement.

The landmark accord saw countries pledge to limit the long-term rise in the average temperature of the Earth to two degrees Celsius over pre-industrial levels, and if possible to 1.5 degrees Celsius.

"What I want is to have the whole of society putting pressure on governments to make governments understand they need to run faster, because we are losing the race," he said, adding: "What the science tells us today is that these targets are still reachable."

Guterres said that inaction by some key countries, including the US, could be at least partly offset by action at the sub-national level, for example in the carbon neutral pledges made by the states of California and New York.

"I think one of the best things of the US society is the fact that it is a federal country... that decisions are decentralized, so I will be always very strongly in favor of keeping decisions on climate change as decentralized as possible," he said.

He noted that major cities, regions and businesses were taking over, and that banks and investment funds were pulling out of the coal and fossil fuel sectors.

Guterres also cited the example of the European Union, where only three countries now oppose the goal of carbon neutrality by 2050, and said that he felt a "new wind" in the push for renewable energy, especially with the growth of solar in India and China.

Failure to meet the goals laid out under the Paris agreement could lead to the crossing of so-called "tipping points" such as the thawing of the Earth's permafrost that further accelerate warming, creating a situation where extreme weather events become the norm.

"I feel that more and more people, companies, cities, and governments, are understanding that needs to be done," he said.