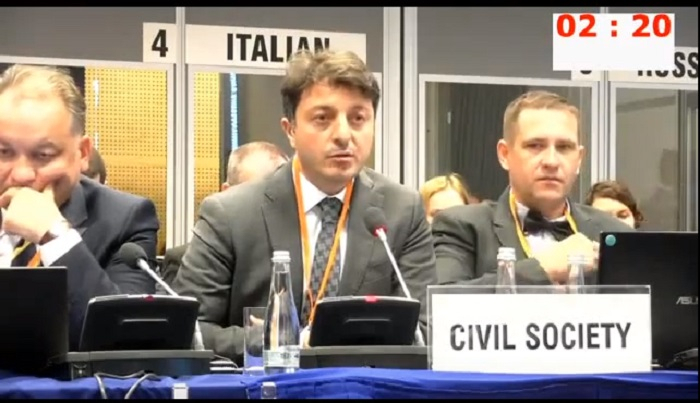 Members of the Azerbaijani community of Azerbaijan’s Nagorno-Karabakh region attended a conference on human trafficking and the rights of refugees and internally displaced persons (IDPs) organized by the OSCE Office for Democratic Institutions and Human Rights in Warsaw, Poland.

Members of Armenian delegation attempted to prevent the head of the Azerbaijani community of Nagorno-Karabakh Tural Ganjaliyev from speaking at the conference, AzVision.az reports citing Trend.

Ganjaliyev said that he represents more than 800,000 residents of occupied Nagorno-Karabakh. He called on the international community to restore their violated rights.

Speaking at the event, Deputy Chairman of the State Committee for Refugees and IDPs of Azerbaijan Fuad Huseynov noted that the rights of about 1 million residents of Nagorno-Karabakh and seven surrounding districts were violated, and added that the international community ignores this fact.

Fuad Huseynov said that the problem’s solution will become possible after the end of the occupation and the safe and dignified return of these persons to their lands. Huseynov noted that however, Armenia is not interested in this.