N.Korea says to hold nuclear talks with US on Saturday 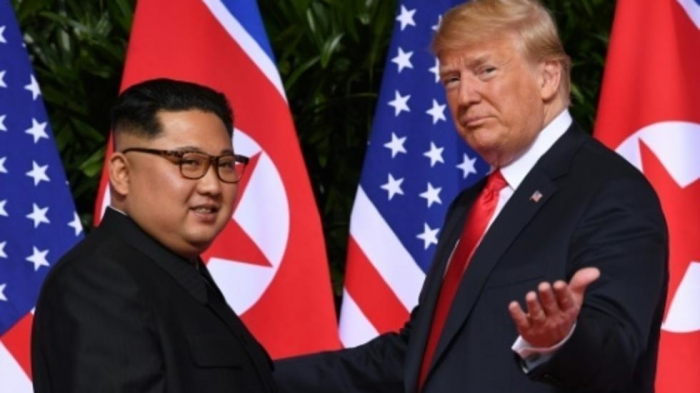 North Korea on Tuesday said it will hold working-level nuclear talks with the US on Saturday, signalling the resumption of much-anticipated negotiations after the collapse of a summit in February, AzVision.az reports citing AFP.

"It is my expectation that the working-level negotiations would accelerate the positive development of the DPRK-US relations," she added without disclosing the talks' venue.

North Korean officials were "ready" to enter the discussions, she said.

Negotiations between Pyongyang and Washington have been gridlocked since a second summit between North Korea's Kim Jong Un and President Donald Trump in February ended without a deal.

The two agreed to restart working-level dialogue during an impromptu meeting at the Demilitarized Zone dividing the two Koreas in June, but the North's anger at a US refusal to cancel joint military deals with South Korea placed the process on hold.

Trump had criticised Bolton's suggestion of the "Libyan model" for North Korea, a reference to a denuclearisation deal with the African nation's former dictator Moamer Kadhafi -- who was killed after being deposed in 2011.

Pyongyang had bristled at that comment, which Trump said had "set us back very badly".

Despite the gridlock, Pyongyang has continued to praise Trump, calling him "bold" and "wise".

South Korea's presidential Blue House welcomed the resumption of dialogue between the North and the US.

"We hope to see the realisation of practical steps towards permanent peace regime and complete denuclearisation of the Korean peninsula through the upcoming talks," said spokeswoman Ko Min-jung.