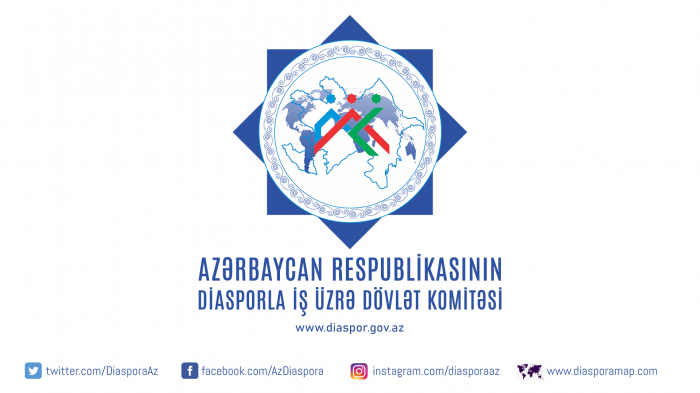 State Committee on Work with Diaspora of the Republic of Azerbaijan condemns Armenian provocation made during Dudelange - Qarabag match in Luxembourg on October 2, AzVision.az reports.

In this regard, State Committee on Work with Diaspora of the Republic of Azerbaijan has issued a statement.

'Recently, intensification and establishment of healthy relations with Azerbaijanis living abroad by State Committee on Work with Diaspora has been successful. Representatives of diaspora always support Azerbaijani teams, as well as individual sportsman with big team of fans during the international sports events. Azerbaijani sportsmen and the sports community highly appreciate this support. During various international events, the committee has invited compatriots living abroad to support our teams.

The committee has also taken necessary measures for participation of compatriots in Dudelange-Qarabagh match. More than 350 Azerbaijanis living in Belgium, the Netherlands, Germany, France, Switzerland, Luxembourg and other European cities supported our team during the match between Dudelange and Qarabag teams. The committee has contacted with compatriots before and after the match. When drone draped in a flag of the so-called separatist “Nagorno-Karabakh Republic” flew over the sky of the stadium in the 30th minute of the match, our compatriots were also contacted by the committee in order to get information and coordinate their actions about the situation.

State Committee on Work with Diaspora has always invited all our compatriots to unite for one goal - Azerbaijani statehood.

The committe also states that they will continue their support together with Azerbaijani compatriots living abroad. At the same time, any provocation during the international sports events is impermissible. Provocators and their supporters are responsible for such action.

The European countries witnessed that Azerbaijanis act in an organized way in Europe. However, Armenians can commit any provocative and radical step regardless of what country they live in.