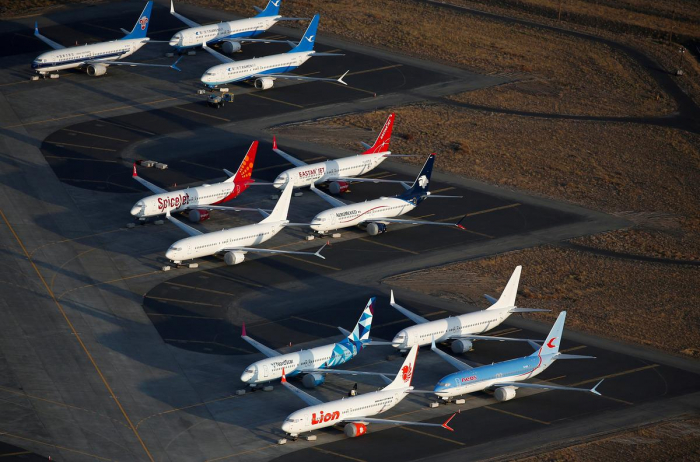 The largest U.S. airline, which had previously canceled about 140 flights a day through Dec. 3, said Wednesday it expects to gradually resume MAX flights starting Jan. 16.

American said it believes the software updates will lead to the Federal Aviation Administration’s (FAA) “recertification of the aircraft later this year and resumption of commercial service in January 2020.”

The FAA said Wednesday it is “is following a thorough process, not a prescribed timeline, for returning the Boeing 737 Max to passenger service. The FAA will lift the aircraft’s prohibition order when it is deemed safe to do so.”

The fast-selling 737 MAX has been grounded worldwide since mid-March while Boeing updates flight control software at the center of two crashes in Indonesia and Ethiopia that together killed 346 people within a span of five months.

Among other U.S. airlines that operate the MAX, Southwest Airlines Co (LUV.N) has canceled flights through Jan. 5 and United Airlines Holdings Inc (UAL.O) until Dec. 19.

An ongoing regulatory safety review means a key 737 MAX certification test flight is unlikely before November, Reuters reported Tuesday. Boeing has repeatedly said it hopes to resume flights in the fourth quarter, which began on Oct. 1.

FAA Administrator Steve Dickson told Reuters in September the agency would need about a month following the yet-to-be scheduled certification test flight before the planes could return to service.

Boeing plans to revise the 737 MAX software to take input from both of its angle-of-attack sensors in the anti-stall system linked to the two deadly crashes and has added additional safeguards. Boeing is also addressing a flaw discovered in the software architecture of the 737 MAX flight-control system that involves using and receiving input from the plane’s two flight control computers rather than one.

Meanwhile, airlines that had purchased the fuel-efficient MAX have canceled thousands of monthly flights as they scramble to meet demand with slimmer fleets, eating in to profit and hurting some growth plans.

On Monday, the Southwest Airlines Pilots Association sued Boeing alleging that the planemaker “deliberately misled” the airline and pilots about its 737 MAX aircraft. The grounding of the 737 MAX has wiped out more than 30,000 Southwest Airlines flights, causing over $100 million in lost wages for pilots, the union said. Boeing said the suit is “meritless.”

Fort Worth, Texas-based American, with 24 MAX jets at the time of the grounding and dozens more on order, said it expects to resume about 20 MAX flights a day in mid-January and plans to slowly return the MAX into commercial service throughout January and into February.