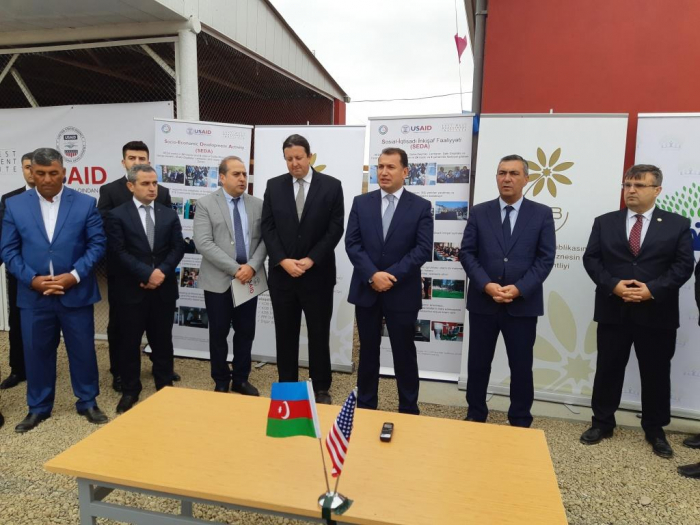 This project was implemented through the Socio-Economic Development Activity (SEDA) funded by USAID with support from the Ministry of Economy.

The new egg incubation facility will help increase the population of poultry in Jojug Marjanli and three neighboring communities of nearly 800 families, where raising poultry is the main income generating activity. The incubation facility will provide a temperature-controlled environment that will increase the number of eggs that successfully produce hatchlings. Families will no longer need to purchase hatchlings from other towns, saving time and money, and increasing incomes.

The Jojug Marjanli residents implemented their first community project, a feed-grinding and seed-cleaning facility, with support from USAID and the Ministry of Economy in 2017 to boost local poultry and cattle farming. That facility has helped the people of Jojug Marjanli and nearby communities to make their own animal feed for cows, poultry and other livestock from the crops they grow in their community.

USAID’s Socio-Economic Development Activity is implemented by the East-West Management Institute, in collaboration with the Ministry of Economy. Since 2011, SEDA communities have implemented over 160 projects that improve rural livelihoods, including small food processing facilities, animal feed-grinding facilities, medical clinics, roads in rural areas, water and irrigation systems, and local kindergarten and school renovations. These projects have benefitted 300,000 people from over 120 different communities.