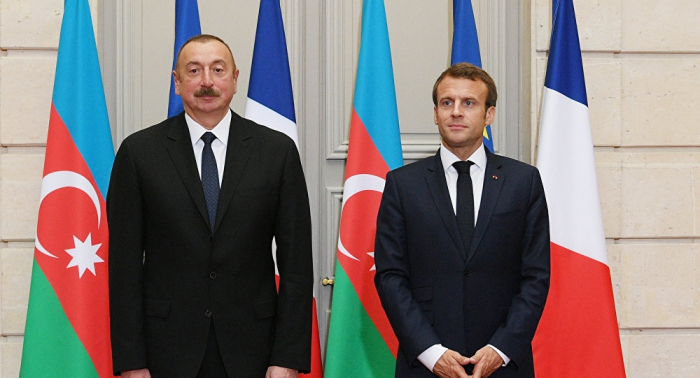 The French president asked President Aliyev for Azerbaijan's support for the Global Fund to Fight AIDS, Tuberculosis and Malaria created on his own initiative.

President Aliyev affirmed his support for the French president’s initiative and expressed Azerbaijan’s readiness to make a significant contribution to the fight against these diseases.

The French president expressed his gratitude for the support and noted that Azerbaijan's support would be highlighted during the Fund's conference to be held in Lyon in the coming days.

During the conversation, the heads of state discussed the development of bilateral relations and future contacts between the presidents of the two countries.