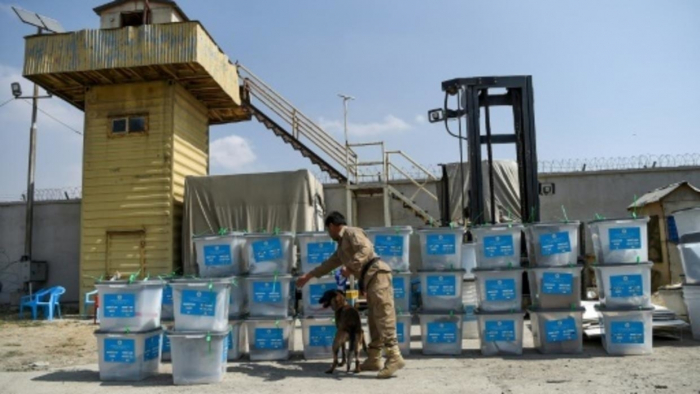 The United Nations Assistance Mission in Afghanistan (UNAMA) reported that 85 people were killed and another 373 wounded in election violence during the period from June 8 to September 30.

On polling day alone, 28 civilians were killed and 249 injured. Children accounted for more than one-third of the victims.

Despite the high toll, Afghan security forces said election day was a success because the Taliban failed to pull off any large-scale attacks that stole the headlines.

The majority of Taliban attacks involved the use of rockets, grenades and mortars, as well as homemade bombs planted near polling centres, including schools, the report found.

On July 28, the same day as the election campaign started, militants targeted the office of Ghani's running mate Amrullah Saleh in Kabul, killing 21 people and wounding another 50.

"These attacks, along with public statements made by the Taliban, revealed a deliberate campaign intended to undermine the electoral process and deprive Afghan citizens of their right to participate in this important political process, freely and without fear," Tadamichi Yamamoto, the UN secretary-general's special representative for Afghanistan, said in a statement.

The casualty figures are actually a substantial improvement on the run-up to parliamentary elections held a year ago, when UNAMA tallied 226 deaths and 781 injuries.

Final election turnout figures have yet to be released but it appears participation in this year's first round presidential vote is at record low levels.

Voters stayed away, wary of repeated Taliban threats to attack polling stations and also despondent about the chances of their ballots being fairly counted in a country that has seen systemic and large-scale electoral fraud.

The Independent Election Commission however insists multiple safeguards including biometric verification will make this year's vote the cleanest yet.

Preliminary results are due Saturday, though officials have suggested this date will be pushed back a few days.

The race is seen as a two-horse steeplechase between President Ashraf Ghani and his top rival Chief Executive Abdullah Abdullah.

If no one wins a majority of more than 50 percent, the elections will go to a second round.