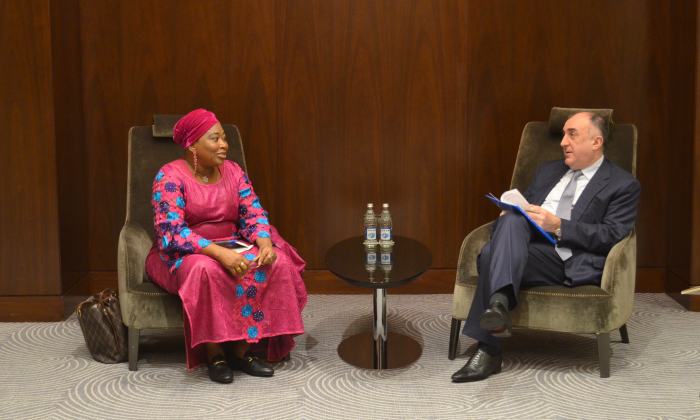 Azerbaijani Foreign Minister Elmar Mammadyarov met with the Commissioner for Political Affairs of the African Union Commission, Cessouma Minata Samate, on the sidelines of the 18th Summit of Heads of State and Government of the Non-Aligned Movement in Baku.

Greeting the guest, Minister Mammadyarov informed about the priorities of Azerbaijan's chairmanship to the Non-Aligned Movement and noted that Azerbaijan is interested in deepening cooperation with the African Union, the Foreign Ministry told AzVision.az.

In her turn, expressing her satisfaction over visiting Azerbaijan, Samate underlined that she witnessed the high development in the economic field in Azerbaijan. She noted that the African Union is interested in exploring the Azerbaijani experience in a number of areas, especially in the public services sector.

At the meeting, the sides also discussed the issues of mutual interest.