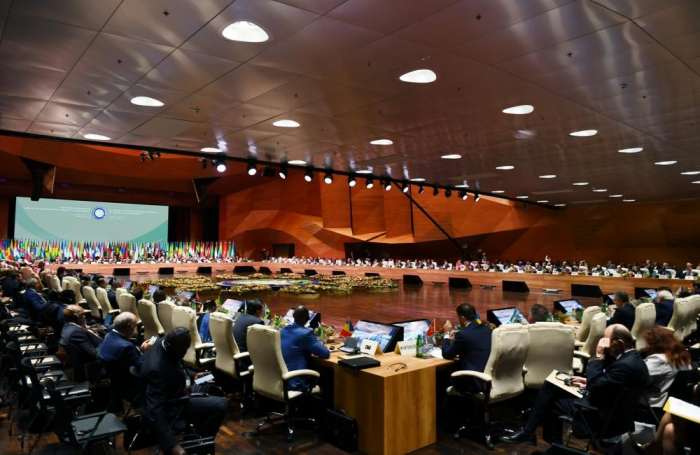 Azerbaijan’s chairmanship in the Non-Aligned Movement (NAM) will be successful for the structure, Kuwaiti Deputy Prime Minister Sabah Al Khalid Al Sabah said at the 18th Summit of the heads of state and government of the NAM in Baku on Oct. 26.

“The NAM should actively participate in creating balance in the world,” the Kuwaiti deputy prime minister said. “It is necessary to ensure more interactive cooperation. It is necessary to create a world order based on mutual coordination.”

Sabah Al Khalid Al Sabah noted that Kuwait has always stated that there is no military solution to the Syrian crisis.

“Therefore, we welcome solving the crisis with the assistance of the UN,” the deputy prime minister said.