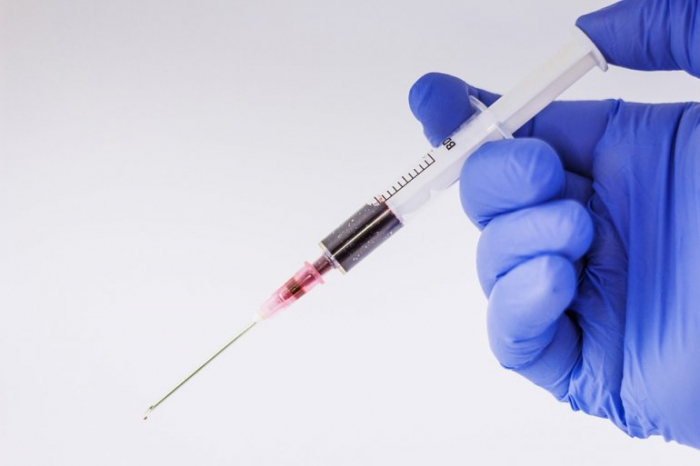 Nearly 900 children in a Pakistani city have tested positive for HIV after a rogue paediatrician allegedly reused infected syringes.

About 200 adults have also tested positive for the virus since the epidemic in Ratodero was confirmed in April.

But health officials fear the true number affected could be far higher, with less a quarter of city’s 200,000 residents tested so far.

The outbreak was initially blamed on Dr Muzaffar Ghanghro, a paediatrician who at 16p a visit was one of the cheapest in the small central city.

He was arrested and charged with negligence and manslaughter after his patients accused him of frequently reusing syringes on their children.

Imtiaz Jalbani, whose six children were treated by the paediatrician, told The New York Times Dr Ganghro searched through his bin for an old needle to use on his six-year-old son, later diagnosed as HIV-positive. When Mr Jalbani protested, the doctor said the father was too poor to pay for a new needle.

Four of Mr Jalbani’s children have since tested positive for the virus and the two youngest have died.

Another parent whose three children contracted the disease after being treated by Dr Ganghro told Reuters the paediatrician “applied the same drip on 50 children without changing the needle”.

Dr Ganghro has not yet been convicted, and despite laws to deny bail to those accused of reusing syringes, is now working as a GP at a public hospital on the city’s outskirts after renewing his medical certificate.

He has denied all accusations and insists he is innocent.

Despite an initial investigation by police and health officials concluding Dr Ganghro’s “negligence and carelessness” as the “prime” reason for the outbreak, officials believe he is unlikely to be the sole cause.

There is still a widespread lack of awareness about the realities of the virus among locals, with many fearing it can be contracted via touch.

This has reportedly led to some of the nearly 900 known HIV-positive children being shunned by their peers and forced to sit away from others at school. Some relatives also reportedly fear contracting the virus via physical contact with their children.

A lack of literacy on the subject is not uncommon among poorer communities across much of Pakistan, where cases of HIV have nearly doubled since 2010 to 160,000, according to the United Nations’ taskforce on HIV and Aids.

About 600,000 unqualified doctors are thought to be unlawfully operating in the country, 270,000 of them in Sindh province where Ratodero is located, according to the United Nations joint programme on HIV and Aids

The Pakistani government responded to the crisis by shutting down clinics with unregistered doctors and illegal blood banks. It emerged many had been reusing syringes.

But as international and media attention waned, some clinics began to reopen.

Imran Akbar Arbani, the doctor who first identified the wave of sick children as an outbreak of HIV, told The New York Times: “Unless these quack doctors, barbers and dentists are not checked, the number of incidents of HIV infection will continue going up.”