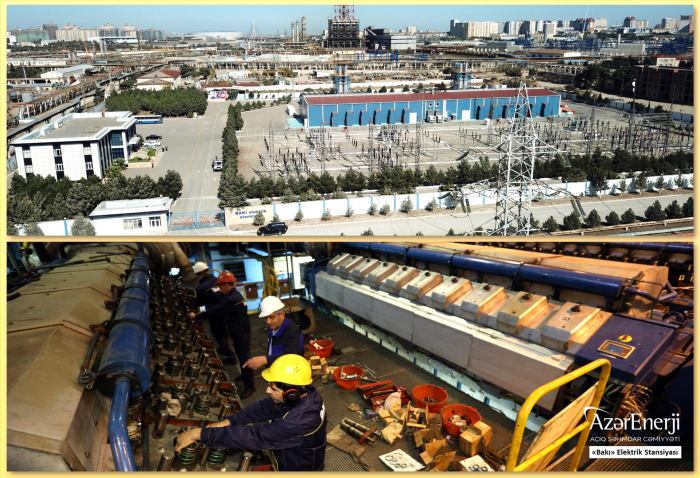 Azerenerji OJSC, Azerbaijan’s energy operator, in parallel with the work in the Azerbaijani regions, is carrying out repair and restoration work at the Baku power plant with an installed capacity of 104.4 megawatts, in order to increase its reliability and stability of the operation.

Before the “Rehabilitation Program”, adopted last autumn in Azerbaijan, one unit out of 12 at the Baku power plant didn’t work at all, and the rest didn’t work at full capacity, the report said.

By the end of the year, all units will be fully operational. Thus, in order to eliminate the problem, from the beginning of the year, spare parts were delivered and the work on installation and commissioning began.

In recent months, seven units have been repaired, including one unit that has been shut down since 2015. The work on two units is at the completion stage. Upon completion of repairs on the other three units, capacity of 20 megawatts will be restored by the end of the year. Along with the restoration of electricity production, comprehensive measures for its transmission have been implemented at the power plant. An issue was fixed on four 110-kilovolt high-voltage power lines.

Along with the Baku power plant, Azerenerji OJSC carries out reconstruction, repair, restoration work in general at 12 power plants, including the Sangachal, Khachmaz, Sheki, Astara and Shahdag modular type plants, as well as at the Azerbaijan thermal power plant.