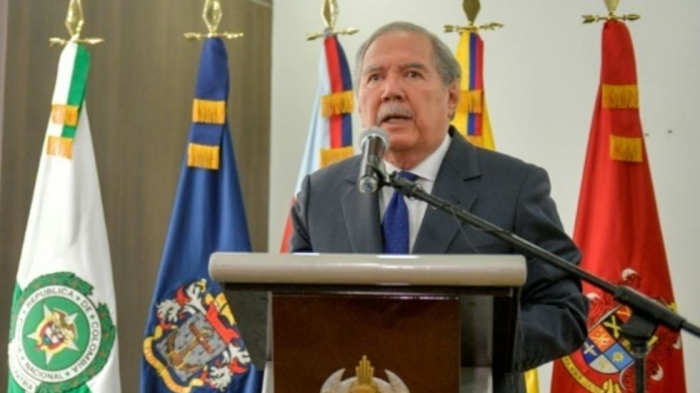 Botero announced his resignation after a meeting with President Ivan Duque. He faced a censure motion in Congress.

"Today, in a meeting with the president of the republic to analyze the current political situation, it was agreed that the most suitable thing was to resign from the position of minister of national defense," Botero said in a statement.

The 71-year-old lawyer has been criticized for his limited security experience, even as he oversees defense in a country with a half-century record of armed conflict and which is plagued by drug trafficking.

That criticism reached a fever pitch when an opposition senator accused Botero of a cover-up in the death of 14 people, including eight children, who were revealed to have died in a strike targeting dissidents from the dissolved FARC armed group, which signed a peace deal with the Colombian government at the end of 2016.

Botero had previously reported only nine dead, stating at the time that he was "unaware of the presence of minors" and suggesting that all involved were combatants recruited by the guerrillas.

Opposition politicians and social organizations have also called into question inaccurate information reported by Botero concerning the death of a former FARC guerrilla killed by the army on the border with Venezuela at the end of October.

Some say the episode was a catalyst for subsequent violence that broke out in the troubled coca-producing department of Cauca in the southwest, where 16 individuals, mostly indigenous people, were killed last week.