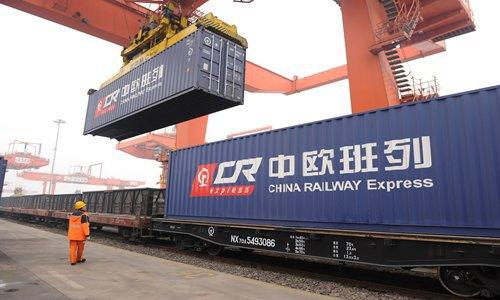 Azerbaijan’s role in China’s One Belt One Road global trade project is already beginning to show itself in relations between Azerbaijan and China, Azerbaijani MP Bakhtiyar Aliyev told Trend.

The MP said that Azerbaijan has become China’s reliable partner in the Caucasus. The fact that among the heads of state of the South Caucasus, only Azerbaijani President Ilham Aliyev was invited to a forum organized in connection with the One Belt One Road project shows that Beijing considers Azerbaijan to be the main political and economic partner in the region, Bakhtiyar Aliyev noted.

“The One Belt One Road Initiative serves to create new opportunities in trade, tourism, transport, relations among nations, and to establish stability, security and peace in the Eurasian region,” the MP added. “Azerbaijan-China security cooperation will play a key role in the region. The countries, located on the East-West and North-South transport corridors will be able to use Azerbaijan’s territory to transport their goods. This is the route connecting Asia and Europe.”

Aliyev noted that the development of cooperation between Azerbaijan and China has deepened the economic relations between the two countries.

“Major Chinese companies, investing in Azerbaijan’s agriculture and other areas, give a big impetus to the development of the economies of both countries,” the MP said. “President Ilham Aliyev considers priority the further development of relations with China.”

The China Railway Express freight train, traveling from China to Europe and moving along the Baku-Tbilisi-Kars railway, passed Istanbul and is heading for Europe through the Marmaray Tunnel.