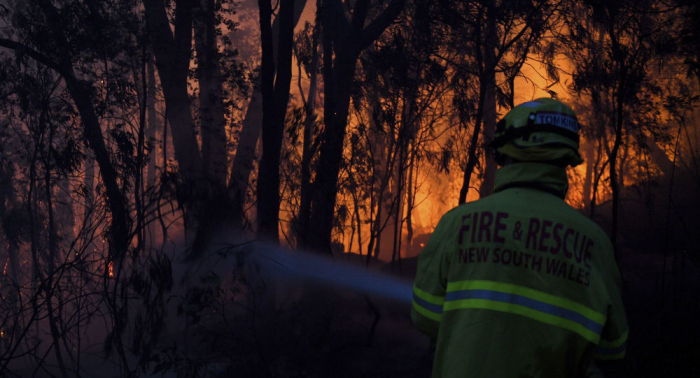 The fires have taken the lives of at least 3 people, destroyed hundreds of homes and displaced thousands of residents, according to authorities.

"Everybody has to be on alert no matter where you are and everybody has to assume the worst and we cannot allow complacency to creep in," Berejiklian told reporters in Sydney, DW report says.

The emergency will last for a week, with emergency services having sweeping powers to instruct government agencies to conduct or refrain from normal duties.

Wildfires have already killed 3 in New South Wales and destroyed over 150 homes, displacing thousands of people. The fires have also reportedly scorched 8,500 square kilometers of forest and farmland this weekend alone.

There were over 60 individual fires burning in two states of New South Wales and Queensland as of Sunday night.

Fire conditions are expected to reach their worst on Tuesday, and authorities fear they could threaten Sydney, home to over 5 million people, the report says.

"There is nothing built or designed to withstand the sorts of conditions that you can expect under catastrophic conditions," Shane Fitzsimmons, commissioner of the rural fire service for New South Wales, said.