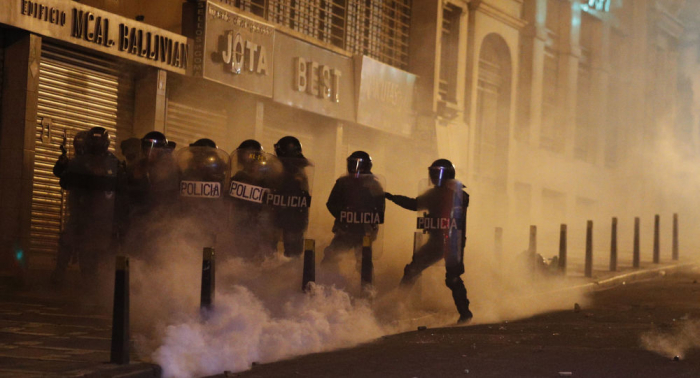 Bolivia’s former president Evo Morales stepped down on Sunday, amid massive demonstrations against his victory in the October elections. The country’s armed forces and the police jointed the calls for the president’s resignation.

Bolivian Minister of Defence Javier Savaleta resigned in the light of ongoing protests in the South American country, according to a tweet his ministry released Tuesday.

"I am leaving the post of Minister of Defence in order to maintain unity in the ranks of the Armed Forces," Savaleta said.
The resigning minister said that the commanders never ordered the use of military force against the civilians.

"We never gave an order for our soldiers and sailors to wield a weapon against their people and we will never give it. The state we built is a Bolivia in which a military man defends his country alongside his people and never from them," he emphasised.

Last month, Evo Morales won in the first round of presidential elections. The opposition, led by Carlos Mesa, accused him of electoral fraud and refused to recognize the results of the vote. The Organization of American States (OAS) published a preliminary report that found irregularities in the October 20 voting.

Morales stepped down on Sunday, amid massive demonstrations against his victory in the October elections. The country’s armed forces and the police jointed the calls for the president’s resignation. Several countries, including Argentina, Venezuela, Cuba, and Mexico described the events in Bolivia as a coup.