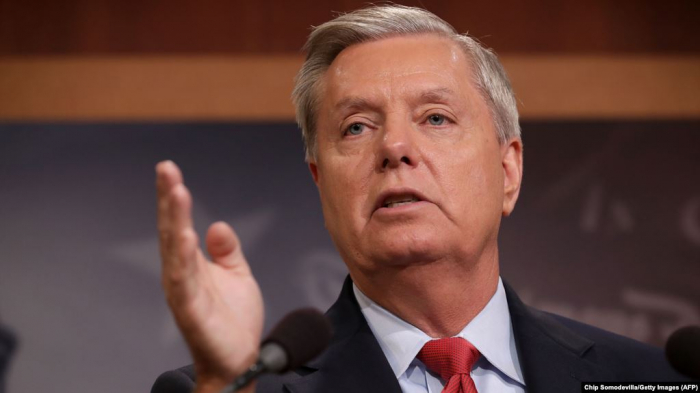 The Republican Sen. opposed H.Res.296, saying that senators should not "sugarcoat history or try to rewrite it," The Hill reported.

"I just met with President Erdogan and President Trump about the problems we face in Syria by the military incursion by Turkey. I do hope that Turkey and Armenia can come together and deal with this problem," he was quoted as saying on the Senate floor and added that he was against the resolution "not because of the past but because of the future."

President Erdogan had said earlier on Wednesday that he thinks the U.S. Senate would not approve the controversial resolution.

"I believe the Senate will act prudently and will not repeat the mistake made by the House of Representatives," Erdogan told a meeting at the Diyanet Center of America in Maryland, as he repeated the call for historians, rather than politicians, to investigate the issue.

"If the U.S. really wants to act fairly, it should avoid taking a political stance on a matter that historians should decide," Erdogan said, noting that a one-side decision on such a critical issue has the potential to cause permanent damage in bilateral relations with the U.S.

Turkish officials strongly condemned the resolution adopted by the U.S. House of Representatives on 1915 events, saying that it would significantly damage bilateral relations between the two countries in a turbulent region at such a critical period.