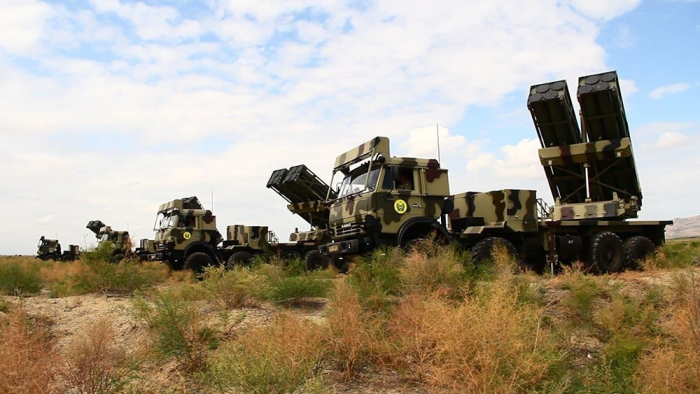 According to the plan of operational exercises, the units providing fire support during operations are withdrawn to the established points and fulfill tasks on preparing for the next stage.