Faroe Islands to 'close' for a weekend to protect environment 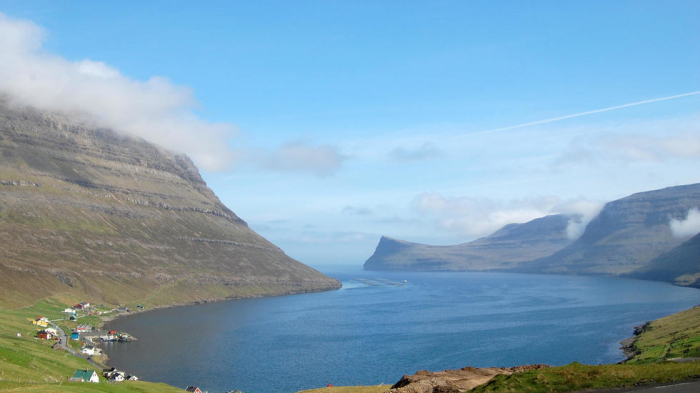 Authorities in the Faroe Islands have announced the archipelago in the North Atlantic will be "closed for maintenance" for two days in April when tourists won't be welcome, instead opening the doors to volunteer caretakers, AzVision.az reports citing AFP.

In practice, the self-governing Danish islands will keep hotels open and international flights running, but popular tourist sites will be temporarily closed on April 16 and 17 next year.

The event is a continuation of a pilot project run in the spring of 2019, when 100 volunteers from 25 countries were invited to the islands.

Registrations for eager volunteers opened on Wednesday at 1500 GMT and were to remain open for 24 hours, the Faroese tourism office said on its website.

One hundred people will then be randomly selected to be part of the maintenance crew, who will be offered housing and food during their stay although they will still need to pay for their own plane tickets.

"The fragile natural environment in some popular tourist locations has felt the effects of an increase of visitors," the head of the tourism office, Guri Hojgaard, told AFP in March shortly after the pilot project was launched.

"These areas need a helping hand to ensure they remain pristine".

For the first edition of the event they received about 3,500 applications and the selected volunteers helped with projects like creating walking paths, constructing viewpoints to help preserve nature and protect birdlife sanctuaries and re-building rock cairns.

A popular destination for its fascinating landscapes with 30-metre cliffs, the archipelago covers 1,400 square kilometres (540 square miles) and has 50,000 inhabitants and 80,000 sheep spread over 18 islands.

In 2018, 110,000 tourists visited the Faroe Islands and the number of tourists has increased by about 10 percent annually for the past five years.

According to Hojgaard, the "closed for maintenance, open for voluntourism" weekend can "contribute to the international discussion about overtourism by showing that tourists can actually be a part of the solution."