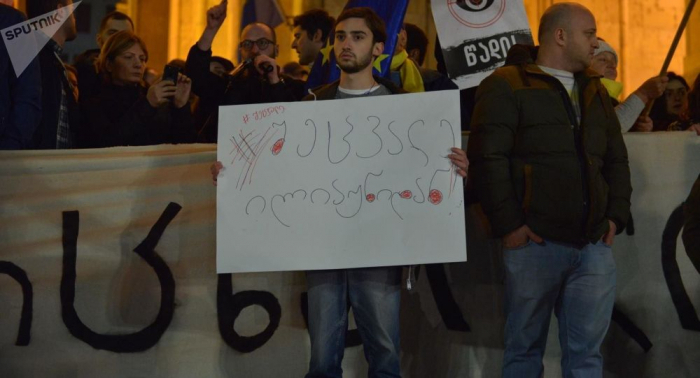 Georgian opposition parties and young civic activists who participated in June’s anti-occupation rallies have set out their main demands after the ruling Georgian Dream (GD) party proposed election bill was scrapped on Thursday.

Shota Digmelashvili, one of the organisers of Thursday’s demonstration in front of the parliament of Georgia, announced after the political consultations that they demand “proportional elections that will be held by a transitional government”.

Demonstrators block Rustaveli Avenue, vow mass rallies after election bill scrapped
He said, the transitional government will be established as “a committee of national consent” and include “everyone, minus Ivanishvili and his slaves”.

We will not leave, until this happens”, Diglemashvili wrote on his Facebook page. 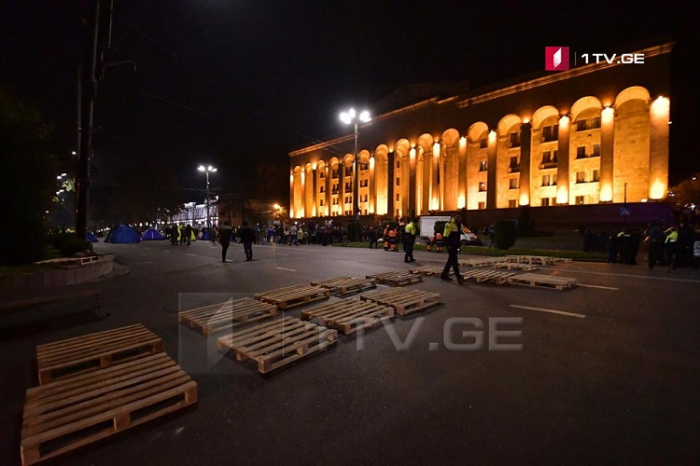 The demonstration has ended for now, but protesters announced that they will gather again the next day. Photo: 1TV

The United National Movement (UNM) is among the old and new opposition parties, which gathered at the office of the Labour Party on November 14.

Ruling party leader Ivanishvili says he’s “disappointed” bill was scrapped, accuses opposition
In a statement released after the meeting, UNM said a large-scale rally will be held on Sunday, November 17, which aims to “end Ivanishvili’s government in the shortest time” and “give the start to the development of democratic principles in Georgia”.

We will, therefore, use all the methods of protest and resistance recognised by the Georgian constitution and the international law”, UNM announced.

Although they did not attend the meeting, the Alliance of Patriots parliamentary MPs also announced starting “endless protest rallies” this Sunday, demanding the GD to leave the power. 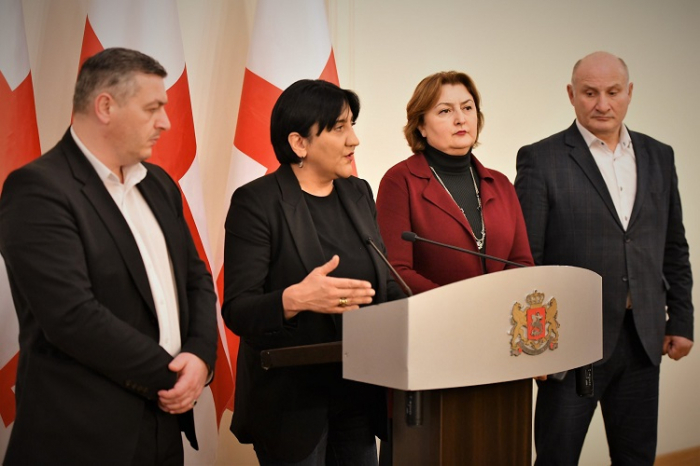 Alliance of Patriots held a news briefing on Thursday. Photo: Parliament of Georgia/Facebook

Calling on everyone and, in particular, their supporters, the party leader Irma Inashvili said “we should act in a calm, clever manner… unite”. She also called on supporters of other opposition parties to join their rally “despite the political preferences”.

We demand fair elections in this country and with its today’s decision the Georgian Dream has deprived the Georgian people of the right to fair elections, which we cannot let happen”, Inashvili stated.
Although the demonstration in front of the parliament of Georgia has ended, some of the protesters are staying in tents, blocking the central Rustaveli Avenue.

Earlier the Interior Ministry reported that people’s right on peaceful assembly and manifestation would be protected according to the state constitution. However, it also called on the citizens to ensure public order.