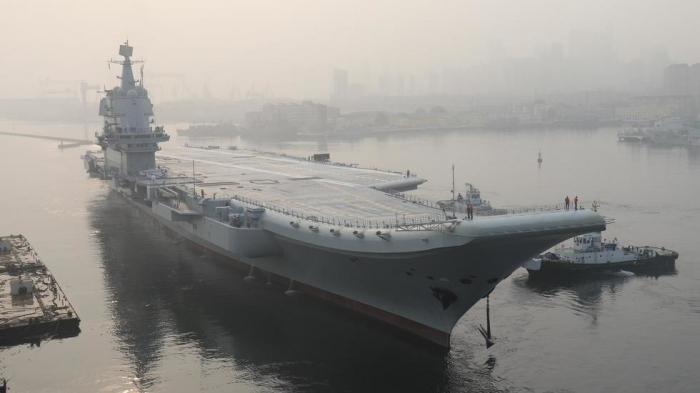 China confirmed on Monday that its first domestically built aircraft carrier had sailed through the Taiwan Strait for "routine" training and tests after Taipei accused Beijing of intimidation around upcoming elections, AzVision.az reports citing AFP.

The ship, which has yet to be named, is Beijing's second carrier and will add massive firepower to its navy as it faces tensions with self-ruled Taiwan and regional neighbours around the disputed South China Sea.

The carrier, which was launched in 2017, crossed the sensitive waters on Sunday before entering the South China Sea for "scientific research tests and routine training", navy spokesman Cheng Dewei said on an official social media account.

Cheng said it was "normal practice" for carriers that are under construction to conduct cross-regional tests.

"It is not aimed at any specific target and has nothing to do with the current situation," Cheng said without elaborating.