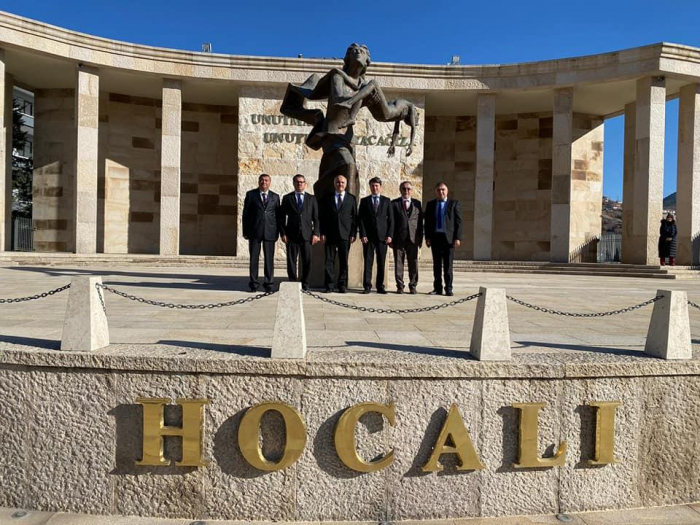 During a visit to Ankara, the Chairman of the Azerbaijani community of the Nagorno-Karabakh region Tural Ganjaliyev visited the Khojaly monuments and museum in Kızılcahamam and Keçiören districts of the Turkish capital, the chairman of the community told reporters.

"During the visit to Ankara, we visited the Khojaly monuments and museum in Kızılcahamam and Keçiören. We express our gratitude to the chairmen of local municipalities," Ganjaliyev said.