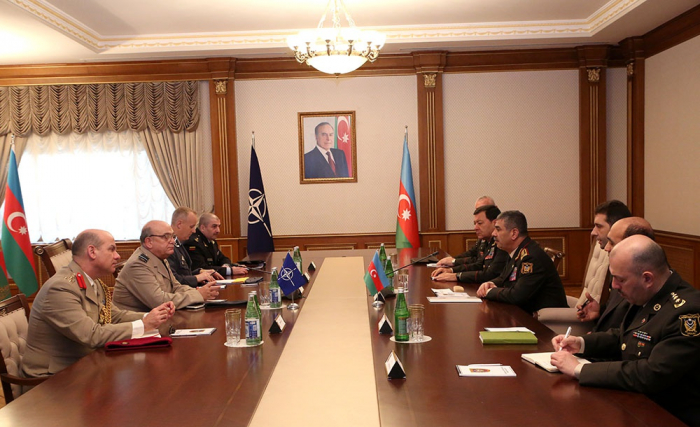 Hasanov speaking about the 25-year sustainable cooperation between Azerbaijan and the North Atlantic Alliance, noted the development of these relations, the activities of the Azerbaijani army in various programs and the contribution made by the country to the NATO-led Resolute Support Mission in Afghanistan.

Touching upon the military-political situation in the region, the Azerbaijani minister reminded the political support provided by NATO to Azerbaijan’s territorial integrity and sovereignty, and stressed that this serves to strengthen Euro-Atlantic security and is also important for regional peace and stability, as well as expressed confidence that the Alliance will continue its efforts in this issue.

Stuart Peach, in turn, noting that Azerbaijan is a reliable partner of Alliance, highly appreciated the participation of the country in the fight against terrorism, its significant contribution in providing airspace to cargo transportation for peacekeeping operations, including the high level of professionalism of Azerbaijani peacekeepers in Afghanistan and highlighted the active participation of Azerbaijani servicemen in many programs of the Alliance, as well as the level of readiness of Azerbaijani officers undergoing service at various NATO headquarters.

Air Chief Marshal Stuart Peach, noting that NATO supports Azerbaijan’s territorial integrity, independence, and sovereignty, stressed that the Alliance is in favor of a peaceful solution to the Armenia-Azerbaijan Nagorno-Karabakh conflict.

The guest has expressed gratitude to the Azerbaijani leadership for the warm welcome and hospitality, as well as for its assistance in holding a meeting with Chief of the General Staff of the Russian Armed Forces Valery Gerasimov in Baku.

During the meeting, the sides discussed issues of operational training, conducting exercises, the development of military education, the achievement of interoperability of troops within the framework of cooperation plan between Azerbaijan and NATO, and held a detailed exchange of views on the prospects for the development of cooperation and Azerbaijan’s possible contribution to the NATO mission in Iraq. 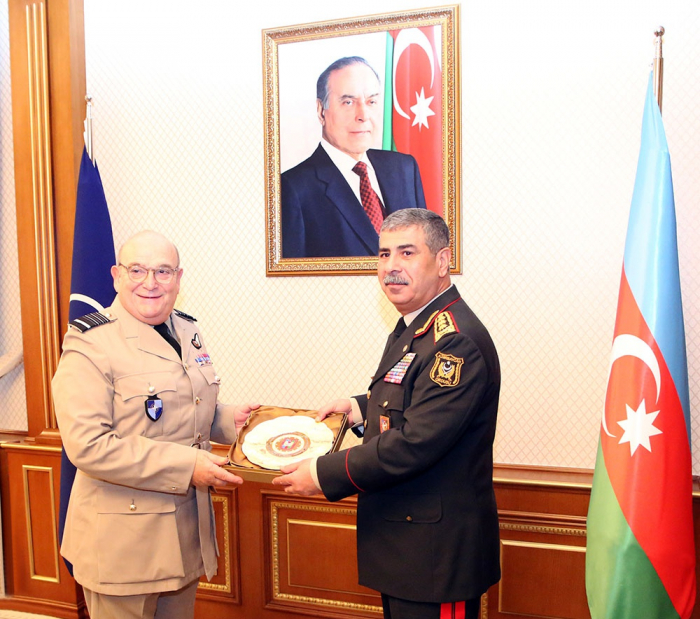