Russia, Georgia may resume flights in first half of 2020 — media 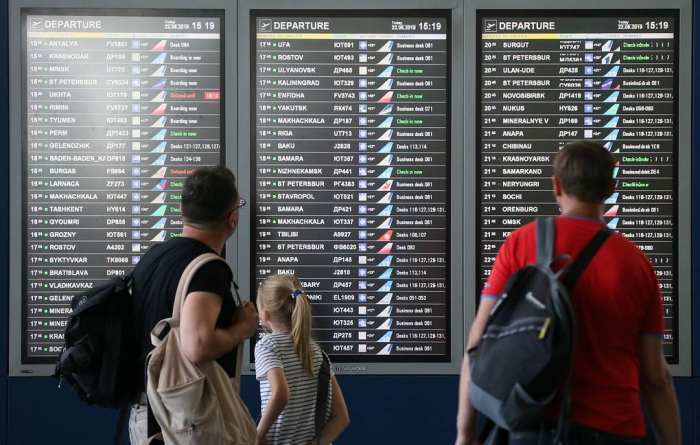 Air flights between Russia and Georgia may be resumed in the first six months of 2020, a source in the Russian government told Izvestia on Wednesday, noting that the current political crisis in Georgia impedes their restoration by the New Year, AzVision.az reports citing TASS.

"Most likely, air flights will be resumed after the New Year," the source told the paper.

The source recalled that Russia had suspended air flights with Georgia unilaterally and would also cancel this decision unilaterally. The Georgian Prime Minister’s Special Representative for Relations with Russia Zurab Abashidze confirmed to Izvestia that it was up to Moscow to decide on resuming flights between the two countries, stressing that Georgia "would only welcome it."

"Speaking on air flights, a lot depends whether there is a healthy climate in our bilateral ties. So far, our Georgian partners cannot be proud of this given the news reports coming from there every day, but we will discuss this. We are determined to move forward in this issue. But there should be a moral and political climate and now it would be a mistake to say that it has been created," said Russian Senator Grigory Karasin, a former Russian Deputy Foreign Minister, who is due to meet with Abashidze in Prague on November 28.

Izvestia notes that both Karasin and Abashidze do not directly link the restoration of flights to the ongoing protests in the Georgian capital. According to Karasin, Russia wants "Russian-Georgian relations to be stable regardless of domestic political processes." Georgia is sure that the protests in Tbilisi should not significantly affect tourism.