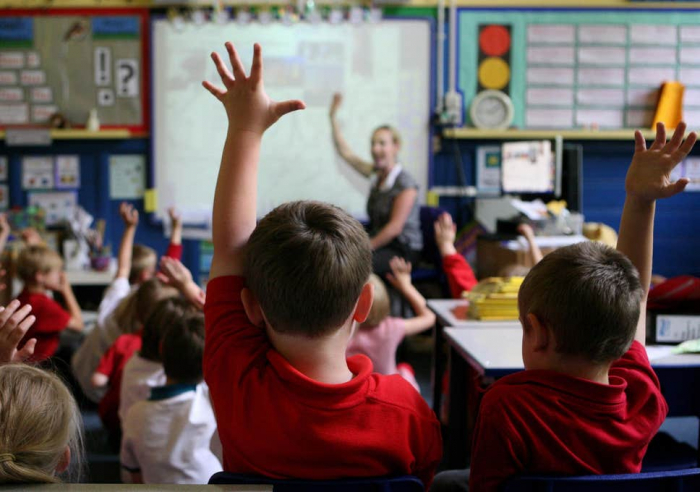 Many people are horrified at the suggestions some politicians are making that things like healthcare and education should be "free." That, yes, anyone could have them if they wish.

What type of society are these supporters of ne're-do-wells suggesting? Where will the drive be? How can we expect people to become responsible adults if they expect to be handed whatever they want? Or, as Pete Buttigieg and Amy Klobuchar have said, free college is unworkable. The latter doesn't object to free two-year college and training for going into a trade. The former thinks more Pell grants and state spending on school would be fine, but that there's something wrong with "a majority who earn less because they didn’t go to college subsidizing a minority who earn more because they did."

Put differently, those without can become more useful servants for those with, or there is something wrong about everyone chipping in for a benefit they didn't get.

Why not offer similar opportunities to everyone instead?

There was a time when higher education was optional. Someone could enter the workforce after learning a trade or even get a factory job that allowed for a middle-class life. A time long gone.

There are still opportunities in the trades, assuming that there is no slowdown in building and that enough training exists to prepare people from crafts, modern factories, or some other skilled activity. A college degree also doesn't promise a better job because the vast majority of jobs—something like two-thirds according to the Bureau of Labor Statistics—in the U.S. don't require more than a high-school education.

However, overall, it takes education to move upward significantly on the socioeconomic scale. It's no longer an option any more than is seeing a doctor as part of maintaining one's health.

Like with healthcare, a comprehensive plan is necessary for the good of the country. Without something expansive and encompassing, you leave large groups to the side.

Within those groups, by the law of large numbers, there is tremendous talent that could contribute to society. Fail to encourage its cultivation and you lose the opportunities to the detriment of everyone.

Societies have always moved forward by pushing to give the next generation a better shot than those who went before. Why are education or healthcare any different?

We need people who are healthy and educated, just as at times the country required greater mobility and the development of major roadways that many who helped pay for them would never use. All citizens chipped in to enable missions to the moon, the explosion of what would become the Internet, and cures for diseases that many had succumbed to.

So what if people aren't paying when they are students? They will grow, make money, and pay back through taxes so the next people coming along will have their chance, in turn. It's not as if anyone gets away with something. All people are supposed to chip in for the benefits of society, even if they don't personally enjoy them.

Free lower-income and middle-class people from immediate debt for college, just as the wealthy are freed from it, and there is more money available to buy homes, build retirements, purchase items, and stimulate the economy in all the ways a relative handful of ultra-wealthy cannot. The people who can move forward will not suddenly sink society. They will buoy it up.

And what if there is a public good that the children of billionaires could use? They use the sidewalks and roads, walk in the parks, benefit from research, enjoy public art, breath cleaner air.

It's not as if the children of wealth will no longer gravitate toward private colleges, following the examples of their parents who also went to the same Ivy League institutions.

Read the original article on Forbes .