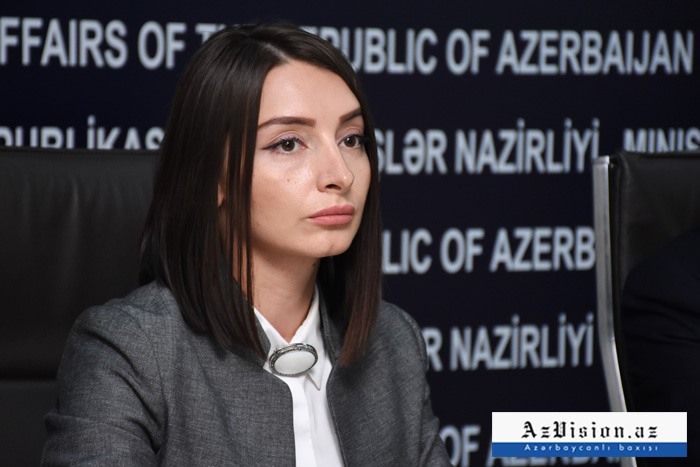 Azerbaijan’s Foreign Ministry spokesperson Leyla Abdullayeva has commented on the position by Armenian Prime Minister Nikol Pashinyan on the settlement of the Armenia-Azerbaijan Nagorno-Karabakh conflict regarding Armenia’s strategic interests, voiced by him during his speech at the meeting on the national security strategy.

Abdullayeva said that it is very difficult to understand the Armenian prime minister, as usual.

“There is no doubt that Pashinyan’s words are intended for internal audience,” the spokesperson noted. “I wonder what strategy is Pashinyan talking about when there is no progress in the settlement of the Armenia-Azerbaijan Nagorno-Karabakh conflict and there is a risk of tension growth at any moment? If Armenia’s strategic interests include harming the negotiation process, the Armenian leadership should openly declare this so that the international community, led by the OSCE Minsk Group, draw appropriate conclusions.”

“Regardless of what the Armenian leadership says, the UN Security Council resolutions, numerous decisions of other organizations, as well as the statements made by the OSCE Minsk Group co-chairs say that Azerbaijan's occupied territories should be liberated and Azerbaijani IDPs should return to their homes,” Abdullayeva added.