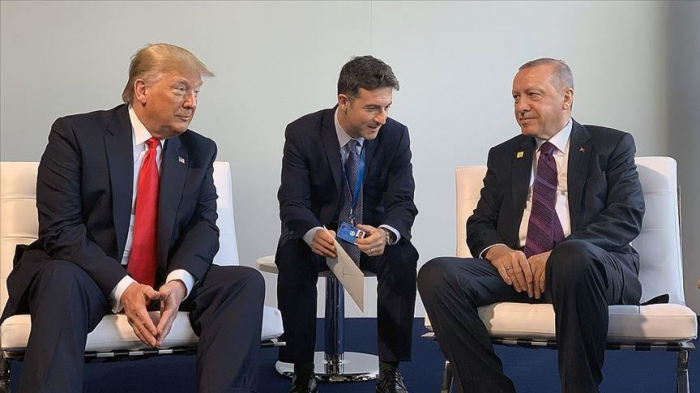 The two leaders met after the main session of the NATO leaders’ summit.

The closed-door meeting took half an hour.