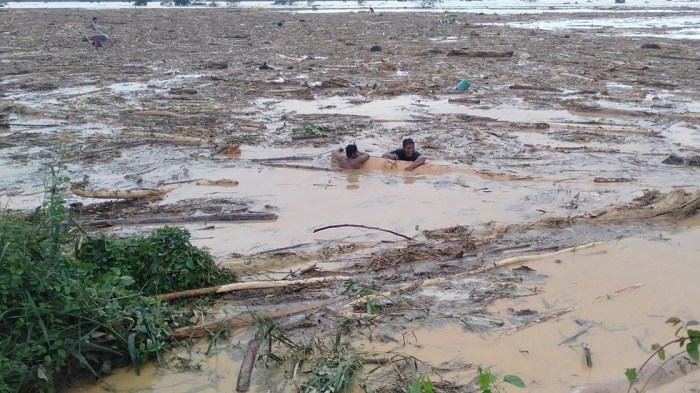 The Philippines' north has been hit by some of its worst flooding in decades, with torrents of muddy runoff forcing 66,000 from their homes and prompting rescues of trapped locals, authorities said Friday, AzVision.az reports citing AFP.

Luzon island, the nation's largest, has been hit by a string of storms that have battered its northern tip while monsoon rains were intensified by the passage of Typhoon Kammuri this week.

Large swaths of lush green land were inundated after rivers burst their banks, leaving only treetops visible above the waterline.

Landslides have cut off roads to some isolated towns and some bridges are covered by the flooding. However, authorities said they have not confirmed any deaths caused by the high water.

"This is one of the biggest floods in decades," Rogelio Sending, information officer for Cagayan province in the northeast of Luzon, told AFP.

The flood waters have have forced about 66,000 people to flee their homes, some of whom had to be rescued by emergency crews in boats, local disaster authorities said.

The north of the country has had heavy rains for nearly a month as part of monsoon season, which was worsened by at least three typhoons that have passed the Philippines since November.