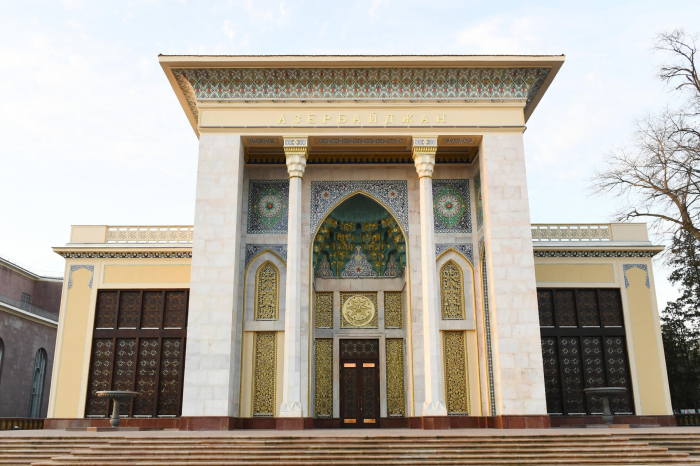 The Heydar Aliyev Foundation was honored with a special award of the “Restoration of Moscow – 2019” of the Moscow government.

This award was conferred on for the high-level organization of basic restoration and repair works on the “Azerbaijan” pavilion at the Exhibition of Achievements of the National Economy.

The award was presented by Mayor of Moscow Sergey Sobyanin. 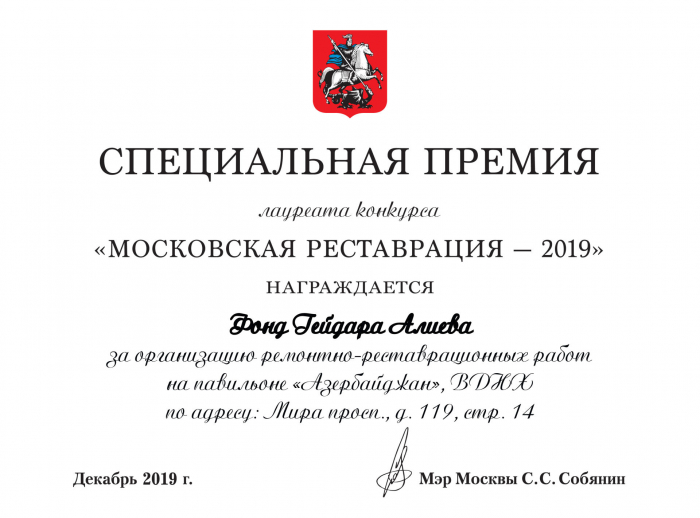 “Restoration of Moscow-2019”, the best project in the field of preservation and promotion of the objects of cultural heritage, is the 9th exhibition of this kind. This year, the organizer received 96 applications on 48 objects.

The “Azerbaijan” pavilion at the Exhibition of Achievements of the National Economy was constructed in 1939. After the Moscow government offered to former Soviet republics restoration of their national pavilions, the pavilion was officially handed over to the Azerbaijani side in 2017, and restoration works started here with the support of the Heydar Aliyev Foundation. On November 23, inauguration of the pavilion took place, after the restoration works were over. 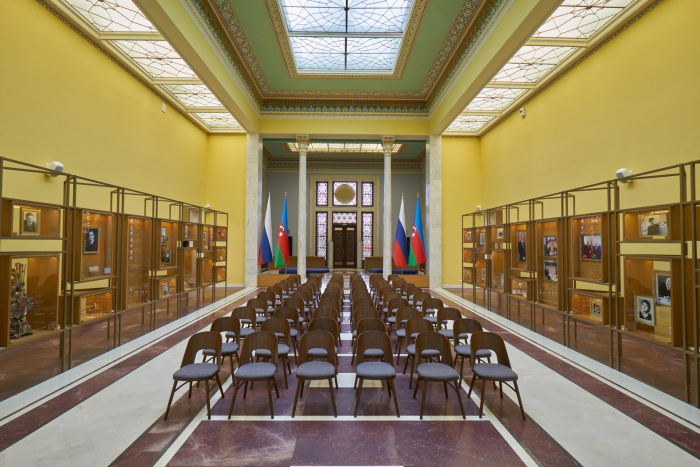 The restoration works on the national pavilion were carried out keeping the building’s historical view and architectural and ethnic identity. Works carried out with the involvement of professional architects and restorer-artists from Russia and Azerbaijan covered the exterior and interior, all exhibition halls of the pavilion, including walls, marble flooring, ceiling, windows and doors, torches and marble columns, decorative elements and other details.

Along with exhibits reflecting Azerbaijani people’s old history, culture and traditions, information may be obtained here in seven halls also about the history of independent Azerbaijan, the country’s achievements in the economic, political and humanitarian spheres, as well as the tourism potential. 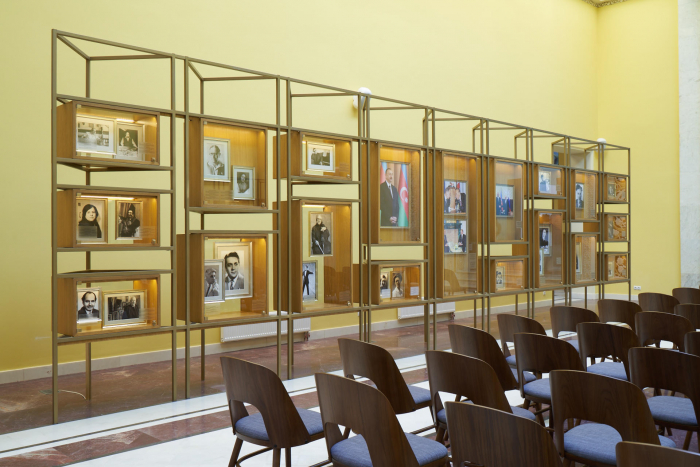 National music, carpet-making and other art examples are displayed in the permanent exposition hall. Artworks by renowned Azerbaijani artists are also presented in the pavilion. Information is presented here, at the same time, about Azerbaijani people’s national leader Heydar Aliyev, as well as other intelligentsia of the country who have played an important role in expanding the Azerbaijan-Russia relations. Provisions have been made here to hold lectures and conferences on various topics, arrange music programmes in individual halls, as well as presentation of information about Azerbaijan’s tourism capacity, in the tourism area.

Products of Azerbaijani make are presented in the area called “Trade House”.

Various books, including publications of the Heydar Aliyev Foundation, are placed at the disposal of visitors in the library and reading hall. 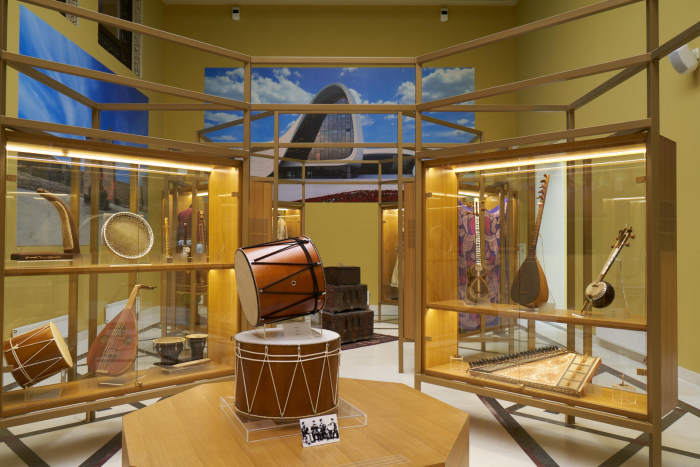 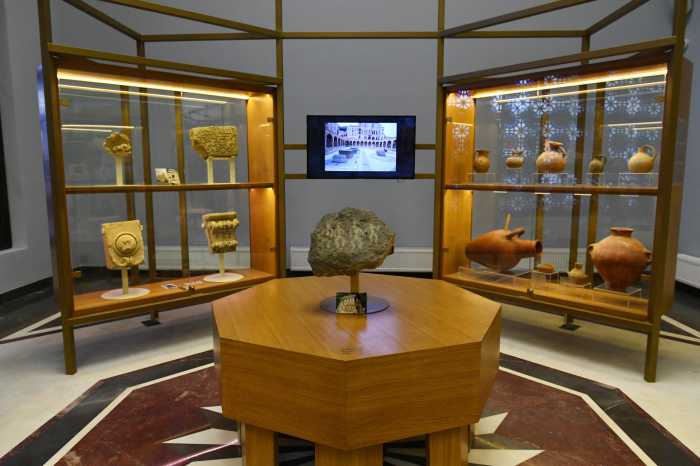 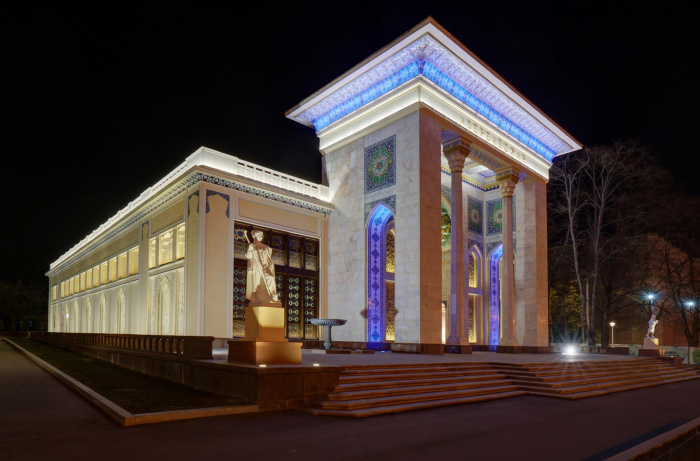 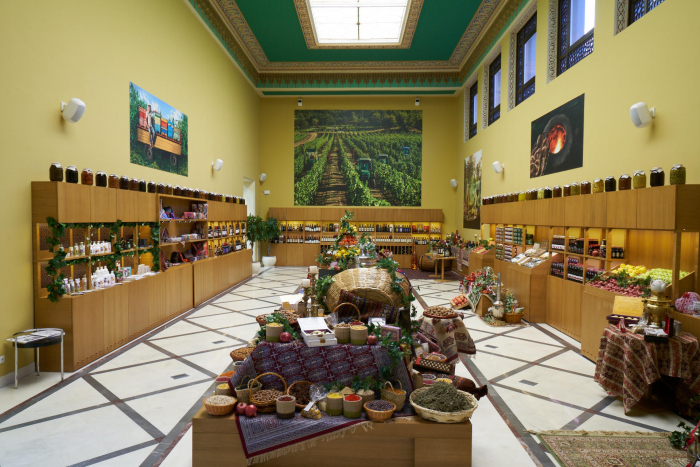 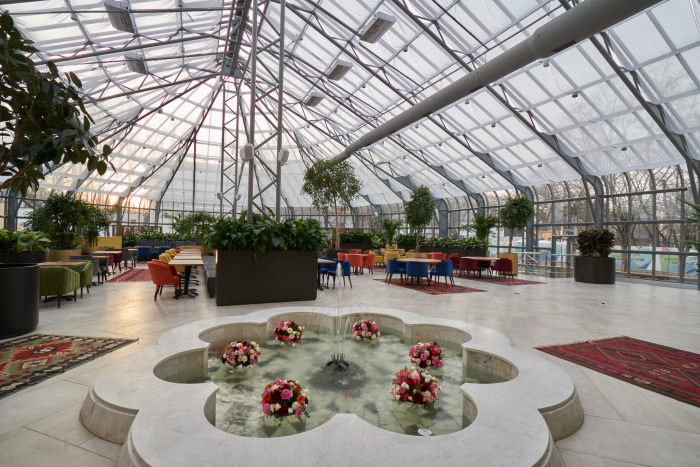