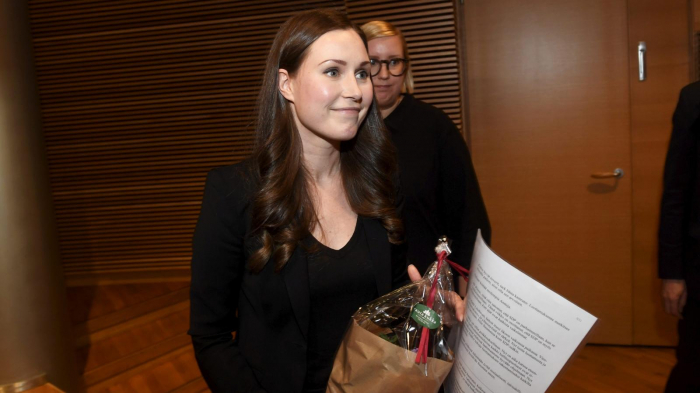 Sanna Marin, Finland’s 34-year-old transportation minister, was selected today (Dec. 8) as the country’s prime minister, making her the youngest leader to ever hold the job, and the world’s youngest sitting PM. Marin will be taking over from Antii Rinne, who resigned from the position last week after just six months on the job, following controversy over his handling of a postal strike. Like Rinne, Marin is a member of the Social Democratic Party, the largest in Finland’s five-member ruling coalition.

The other four parties are also led by women, three of whom are under 35 years old.

Reuters reports that Marin will continue an agenda to reduce carbon emissions, and that she told reporters after winning a narrow party vote against SDP parliamentary group leader Antti Lindtman: “We have a lot of work ahead to rebuild trust.”

Marin joins a handful of world leaders under 40, and has already been compared to New Zealand’s progressive prime minister Jacinda Ardern. Like Ardern, Marin is a new mother; her daughter Emma was born last year. According to Finland’s national public broadcasting company, YLE, Marin said she was the first in her working-class family to finish high school and university. She has also spoken to Finnish media (link in Finnish) about feeling discriminated against when her mother was in a relationship with another woman.