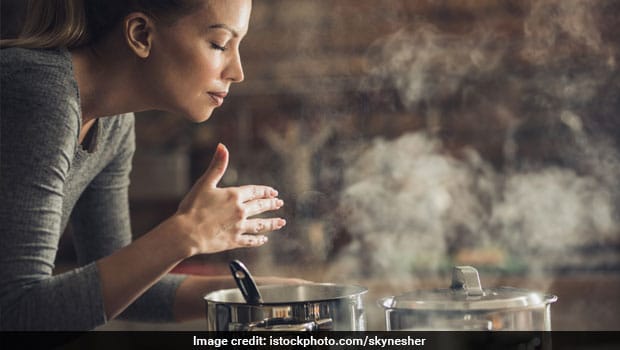 The delicious scent of baking bread wafting out from the open doors of a nearby bakery can act like a time portal, instantly sweeping you from a busy street in New York to a tiny cafe in Paris that you visited years ago. Scent particles, in general, can revive memories that have been long forgotten.

But why do smells sometimes trigger powerful memories, especially emotional ones?

The short answer is that the brain regions that juggle smells, memories and emotions are very much intertwined. In fact, the way that your sense of smell is wired to your brain is unique among your senses.

A scent is a chemical particle that floats in through the nose and into the brain's olfactory bulbs, where the sensation is first processed into a form that's readable by the brain. Brain cells then carry that information to a tiny area of the brain called the amygdala, where emotions are processed, and then to the adjoining hippocampus, where learning and memory formation take place.

Scents are the only sensations that travel such a direct path to the emotional and memory centers of the brain. All other senses first travel to a brain region called the thalamus, which acts like a "switchboard," relaying information about the things we see, hear or feel to the rest of the brain, said John McGann, an associate professor in the psychology department of Rutgers University in New Jersey. But scents bypass the thalamus and reach the amygdala and the hippocampus in a "synapse or two," he said.

That results in an intimate connection between emotions, memories and scents. This is why memories triggered by scents as opposed to other senses are "experienced as more emotional and more evocative," said Rachel Herz, an adjunct assistant professor of psychiatry and human behavior at Brown University in Rhode Island and author of the book "The Scent of Desire" (Harper Perennial, 2018). A familiar but long-forgotten scent can even bring people to tears, she added.

The emotion of scent

Scents are "really special" because "they can bring back memories that might otherwise never be recalled," Herz said. By comparison, the everyday sight of familiar people and places won't prompt you to remember very specific memories. For example, walking into your living room is a repeated stimuli, something you do over and over again, so the action is unlikely to recall a specific moment that took place in that room. On the flip side, "if there's a smell that's connected to something that happened way in your past and you never run into that smell again, you may never remember what that thing was," Herz added.

Typically, when a person smells something that's connected to a meaningful event in their past, they will first have an emotional response to the sensation and then a memory might follow. But sometimes, the memory won't ever resurface; the person might feel the emotion of something that happened in the past but won't remember what they experienced, Herz said.

"And this is unlike any of our other sensory experiences," she added. In other words, you likely wouldn't see something and feel an emotion but fail to recall the memory connected to that sight and feeling.

This, in part, has to do with context. Imagine a person walking down the street, smelling a scent that they first encountered decades ago and having an emotional response. If they had first come across that smell in a very different context — say, a movie theatre — it will be much more difficult for them to pinpoint the associated memory. The brain uses the context "to give meaning to the information" and find that memory, Herz said.

After a while, if a person keeps smelling a scent, the scent will untangle from a specific memory and lose its power to bring that memory back, she said. What's more, memories brought back by scent have the same shortcomings as other memories, in that they can be inaccurate and can be rewritten with every recollection. However, because of the strong emotional associations these memories evoke, people who remember something due to a scent are often convinced that the memories are accurate, Herz said.

The relationship between smell and memory also extends to memory-related health issues. A diminished sense of smell can sometimes represent an early symptom of conditions related to memory loss, such as Parkinson's disease and Alzheimer's disease, but can also just be a result of aging, McGann said.

This strange entanglement of emotions and scents may actually have a simple evolutionary explanation. The amygdala evolved from an area of the brain that was originally dedicated to detecting chemicals, Herz said. "Emotions tell us about approaching things and avoiding things, and that's exactly what the sense of smell does too," she said. "So, they're both very intimately connected to our survival."

In fact, the way we use emotions to understand and respond to the world resembles how animals use their sense of smell, Katz added. So, the next time you're driven to tears by a whiff of perfume or a wide smile spreads across your face after you smell some homemade pie, you can thank, or blame, the way your brain organizes its information atop an ancient scaffold.