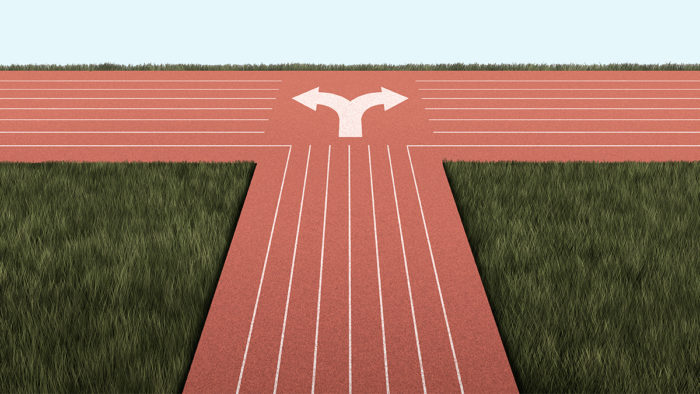 For the past few decades, agility in the technology sector has largely meant moving faster and faster down a predetermined path; innovation has largely been driven by our ability to cram more transistors onto a silicon wafer. With every new generation of chips came new possibilities and new applications. The firms that developed those applications the fastest won.

Over the coming decades, however, agility will take on a new meaning: the ability to explore multiple domains at once and combine them into something that produces value. We’ll need computer scientists working with cancer scientists, for example, to identify specific genetic markers that could lead to a cure. To do this, we’ll need to learn how to go slower to have a greater impact.

This change will be profound. We will need to rethink old notions about how we compete, collaborate, and bring new products to market. More specifically, we will have to manage three profound shifts that will force us to widen and deepen connections between talent, technology, and information rather than just moving fast and breaking things.

Shift 1: From A Digital To A Post-Digital Age.  It’s hard to imagine that 30 years ago, most American households didn’t have a computer, much less a mobile phone. Yet today, a typical teenager armed with a smartphone has access to more information than a highly trained specialist working at a major institution a generation ago.

What’s driven all this advancement has been Moore’s Law, our ability to double the power of our computing technology about every 18 months. Yet now Moore’s Law is approaching theoretical limits and will most likely come to an end in the next decade. New computing architectures, such as quantum and neuromorphic technologies, have great potential to further advancement but will be far more complex than digital chips. Make no mistake, the transition will not be seamless.

At the same time, we’re seeing the rise of nascent technologies, such as synthetic biology, advanced materials science and artificial intelligence. Again, these new technologies represent a significant increase in complexity. We’re rapidly moving from an environment where we understand the technologies we use and their implications extremely well to an era in which we do not. If we continue to move fast and break things, we are likely to break something important.

Shift 2: From Rapid Iteration to Exploration.  Over the past 30 years, we’ve had the luxury of working with technologies we understand extremely well. Every generation of microchips opened vast new possibilities, but worked exactly the same way as the last generation, creating minimal switching costs. The main challenge was to design applications.

So it shouldn’t be surprising that rapid iteration emerged as a key strategy. When you understand the fundamental technology that underlies a product or service, you can move quickly, trying out nearly endless permutations until you arrive at an optimized solution. That’s often far more effective than a more planned, deliberate approach.

Over the next decade or two, however, the challenge will be to advance technology that we don’t understand well at all. Quantum and neuromorphic computing are still in their nascent stages. Exponential improvements in genomics and materials science are redefining the boundaries of those fields. There are also ethical issues involved with artificial intelligence and genomics that will require us to tread carefully.

So in the future, we will need to put greater emphasis on exploration. We will need to spend time understanding these new technologies and how they relate to our businesses. Most of all, it’s imperative to start exploring early. By the time many of these technologies hit their stride, it may be too late to catch up.

Shift 3: From Hypercompetition to Mass Collaboration.  The competitive environment we’ve become used to has been relatively simple. For each particular industry, there have been distinct ecosystems based on established fields of expertise. Competing firms raced to transform fairly undifferentiated digital inputs (chips, code, components, etc.) into highly differentiated products and services. You needed to move fast to get an edge.

This new era, on the other hand, will be one of mass collaboration in which government partners with academia and industry to explore new technologies in the pre-competitive phase. For example, the Joint Center for Energy Storage Research combines the work of five national labs, a few dozen academic institutions, and hundreds of companies to develop advanced batteries.

Or consider the Manufacturing Institutes, which focus on everything from advanced fabrics and biopharmaceuticals to robotics and composite materials. These active hubs allow companies to collaborate with government labs and top academics to develop the next generation of technologies. They also operate dozens of testing facilities to help bring new products to market faster.

I’ve visited some of these facilities and have had the opportunity to talk with executives from participating companies. What has struck me is how excited they are for the possibilities of this new era. Agility for them doesn’t mean learning to run faster down a chosen course but to widen and deepen connections throughout a technological ecosystem.

Not so long ago, this kind of mass collaboration, often involving direct competitors would have seemed strange, if not hopelessly naive. Yet today, high performing firms — from corporate VCs to corporate accelerators — are increasingly aware that they need to connect or get shut out. One example is especially instructive. When IBM decided to develop the PC in 1980, they sent a team to Boca Raton to work in secret and launched the product a year later. To develop quantum computing, however, they’ve created a Q Network, which includes several of the National Labs, research universities, potential end-users like major banks and manufacturers as well as startups.

What’s becoming increasingly clear is that the breakthrough applications of the future will not be based on a single technology like a digital microchip. These new technologies are far too complex for anyone to develop on their own. That’s why we can expect the basis of competition to shift away from design sprints, iterating, and pivoting to building meaningful relationships in order to solve grand challenges. Power in this new era will not sit at the top of industrial hierarchies but will emanate from the centre of networks and ecosystems.