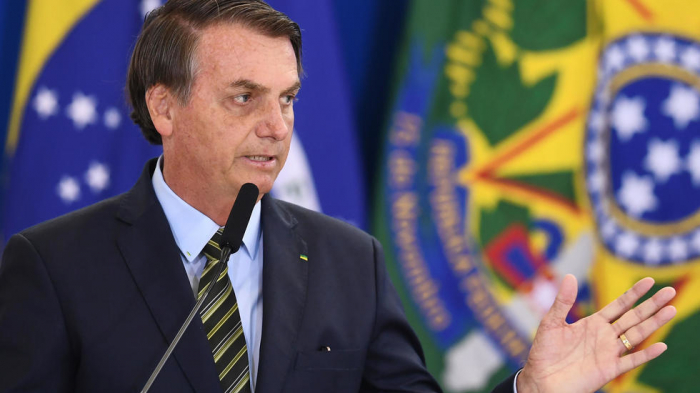 Brazilian leader Jair Bolsonaro said Wednesday he had been examined for skin cancer, in the latest health scare for the 64-year-old, AzVision.az reports citing AFP.

The president was seriously injured in a knife attack while campaigning for election last year.

His health has been a subject of concern ever since and he has undergone several surgeries to treat the wounds he suffered in the stabbing -- most recently in September.

Wearing a bandage over his left ear, Bolsonaro told reporters outside his residence that he had visited a dermatologist at an air force hospital in the capital Brasilia.

"I have fair skin, I fish a lot, I do a lot of activities. So the possibility of skin cancer exists," he said.

"I don't know if they're going to do a biopsy," the president said, according to local media. "They treated me, they poked at me, they gave me anesthesia. I fell asleep. I was so tired I lay down on the couch and fell asleep."

"For now, (Hamilton) Mourao is still the vice president, you can be sure," Bolsonaro joked.

The president had been scheduled to fly to the northeastern state of Bahia late Wednesday to mark the start of an airport renovation, but the visit was cancelled the day before.

A presidential spokesman said earlier that Bolsonaro was undergoing routine exams and was in a "good state of health."