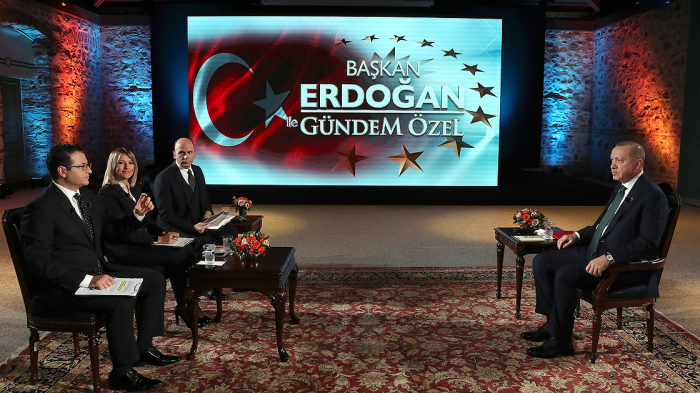 Speaking to journalists, Erdogan announced his intention to watch the two group matches of Turkey’s national team in Baku together with Azerbaijani President Ilham Aliyev.

“We talked with President Ilham Aliyev about these matches. He invited me to watch these matches in Baku,” the Turkish leader added.