The Global Economy’s luck may run out- OPINION 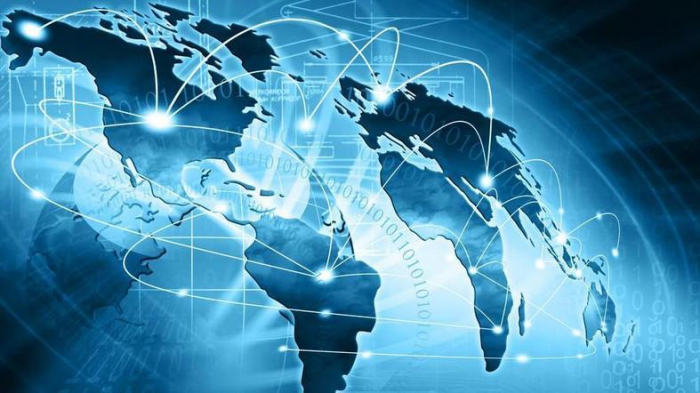 by Mohamed A. El-Erian

Compared to this time last year, the prospects for markets and the global economy heading into 2020 are surprisingly bright. But look further ahead and you will encounter deep uncertainty, suggesting that policymakers around the world would do well to implement inclusive-growth policies sooner rather than later.

This being December, my natural inclination is to review the past year’s economic and financial developments to help policymakers and investors anticipate what might be coming in 2020. This year is ending on a relatively positive note, especially when compared to the same time last year. There is hope of a global growth pickup, trade tensions have lessened, and central banks have reaffirmed that that they will maintain ultra-low interest rates and continue to provide ample liquidity. Financial volatility is subdued, and there are reasonable expectations of solid investor returns across many asset classes.

As tempting as it is to dwell on current financial and macroeconomic conditions, doing so risks obfuscating a key element in the outlook for the future. There is a curious contrast between the relative clarity of expectations for the near term and the murkiness and uncertainty that comes when one extends the horizon further – say, to the next five years.

Many countries are facing structural uncertainties that could have far-reaching, systemic implications for markets and the global economy. For example, over the next five years, the European Union will seek to establish a new working relationship with the United Kingdom, while also dealing with the harmful social and political effects of slow, insufficiently inclusive growth. The EU will have to navigate the perils of a prolonged period of negative interest rates, while also shoring up its economic and financial core. As long as the eurozone’s architecture is incomplete, consistent risks of instability will remain.

Moreover, in the years ahead, the United States, having notably outperformed many other economies, will decide whether to continue disengaging from the rest of the world – a process that is at odds with its historic position at the center of the global economy.

Or consider China’s development process. With the global economy acting more as a drag on growth than a boon to it, China may confront the risk that it has overplayed its hand. Heavy reliance on short-term stimulus measures is increasingly inconsistent with pursuing the longer-term reforms that it needs, and its geopolitical ambitions and regional economic and financial commitments (including the Belt and Road Initiative) are becoming costlier. Most important, in the next five years, China and the US, the world’s two largest national economies, will have to navigate an increasingly narrow path as they try to secure their own interests while avoiding an outright confrontation.

Such fluidity clouds the economic, financial, institutional, political, and/or social outlook for other countries. Today’s macroeconomic and geopolitical uncertainties will amplify those fueled by technological disruptions, climate change, and demographics. And they will raise questions about the functioning and resilience of the global economy and markets.

This degree of uncertainty is particularly notable in the multi-decade context of globalization. In recent years, the stability that comes with broad-based adherence to the rules-based international order has been considerably weakened, as has the power of central banks to repress financial volatility and buy time for the real economy.

Left unmanaged, these medium-term structural trends would set the stage for greater political and social fragmentation, and raise the specter of secular de-globalization. If there is one thing that neither the global economy nor markets are wired for, it is a prolonged and deepening rupture in cross-border economic and financial relations. Were such a new paradigm to materialize, today’s trade, investment, and currency tensions would intensify and spill over to the realm of national security and geopolitics.

Bad outcomes are not inevitable (at least not yet). They could still be averted through the sustained implementation of policies to promote stronger, more inclusive growth; restore genuine financial stability; and usher in a fairer, more credible (while still free) system of international trade, investment, and policy coordination.

But much will depend on the functioning of politics in the near term. Going into 2020, politicians have a favorable runway from which to launch the policies needed to extend the positive short-term outlook into the medium and long term. Worries about global recession have receded, financial conditions are ultra-accommodating, and US-China trade tensions have de-escalated. But these auspicious circumstances will not last forever.

Unfortunately, a policy push that could improve and clarify the medium-term outlook is unlikely. The US is entering a tense and divisive election year. Germany, Italy, and Spain are in the midst of difficult political transitions. The EU is dealing with Brexit and other regional divisions. And China’s government is trying to consolidate power in the face of slowing growth and continuing protests in Hong Kong. The main worry – one that too few market participants have spotted – is that over the next five years, global economic and market conditions may need to deteriorate nearer to crisis levels before national, regional, and multilateral political systems muster an adequate response.

Fortunately, we are now in a period when action could be taken to prevent the worst-case scenario from becoming a binding reality. Let us hope that I’m wrong about today’s political paralysis. As long as there is still time, there is a chance that policymakers will follow the advice offered by then-IMF Managing Director Christine Lagarde in October 2017: “Fix the roof while the sun is shining.”

Mohamed A. El-Erian, Chief Economic Adviser at Allianz, the corporate parent of PIMCO where he served as CEO and co-Chief Investment Officer, was Chairman of US President Barack Obama’s Global Development Council. He is President-Elect of Queens’ College (Cambridge University), senior adviser at Gramercy, and Part-time Practice Professor at the Wharton School at the University of Pennsylvania. He previously served as CEO of the Harvard Management Company and Deputy Director at the International Monetary Fund. He was named one of Foreign Policy’s Top 100 Global Thinkers four years running. He is the author, most recently, of The Only Game in Town: Central Banks, Instability, and Avoiding the Next Collapse.