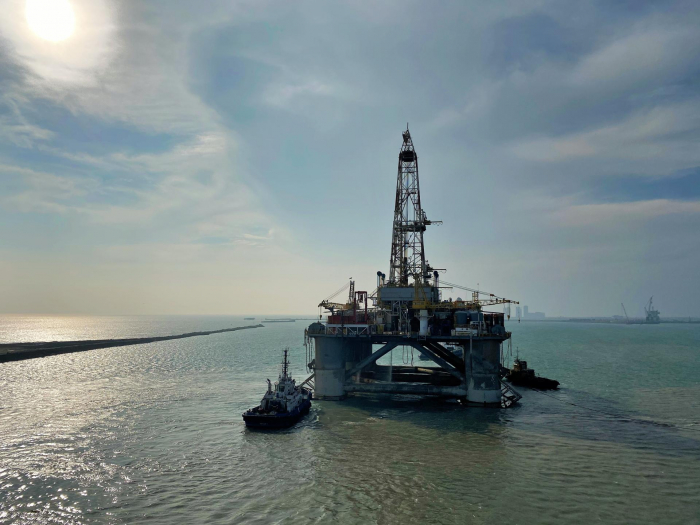 "On December 15, 2019, after completion of the rig equipment reactivation and installation of the service companies equipment, Dada Gorgud semi-submersible drilling rig, owned by Caspian Drilling Company Limited, sailed away from the CDC’s Marine and Logistics Base and arrived in KPS-4 well of the Karabakh field around 15:00 today," said the company.

Reportedly, Equinor and SOCAR each holds 50 percent stake in the project. Dada Gorgud will carry out drilling operations for Equinor, the operator of the field.

“We wish all the best to all involved in upcoming operations,” said the company.

In accordance with the contract, CDC will drill for Equinor two wells on the Karabakh oilfield, where Equinor serves as project Operator for Karabakh field development with participation of Azerbaijan’s state oil company SOCAR. Equinor and SOCAR each holds 50 percent stake in the project.

Karabakh was discovered as an prospective offshore structure as a result of seismic survey in 1959. Its oil and gas bearing capacity was approved as a result of exploration drilling in 1997-1998. The field is located in 120 kilometers to the East from Baku at a sea depth of 150-200 meters.