Serie A anti-racism campaign sparks criticism over images of monkeys 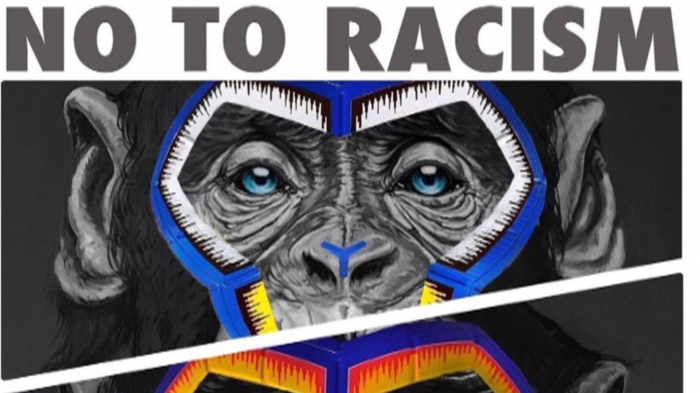 The artist said the intention behind the images was to "turn the concept back on the racists, as we are all monkeys originally".

An anti-racism campaign has sparked criticism by depicting different races of humans as monkeys.

Serie A, Italy's top football division, commissioned Simone Fugazzotto, who is known for painting monkeys, to create artworks to tackle prejudice in the game.

Football in Italy has suffered regular racist incidents on and off the pitch, including last month when striker Mario Balotelli was the subject of a racist remark by the president of his own club.

Balotelli has also been the target of derogatory chants, while similar abuse has been thrown at Serie A players Romelu Lukaku, Franck Kessie, Dalbert Henrique, Miralem Pjanic, Ronaldo Vieira and Kalidou Koulibaly.

The unveiling of the three monkeys, who the artist describes as "a Western monkey, an Asian monkey and a black monkey", was met with incredulity.

Serie A side Roma, whose defender Chris Smalling criticised Corriere dello Sport's recent "Black Friday" headline to promote his reunion with ex-Manchester United teammate Lukaku, said it was "surprised" by the campaign.