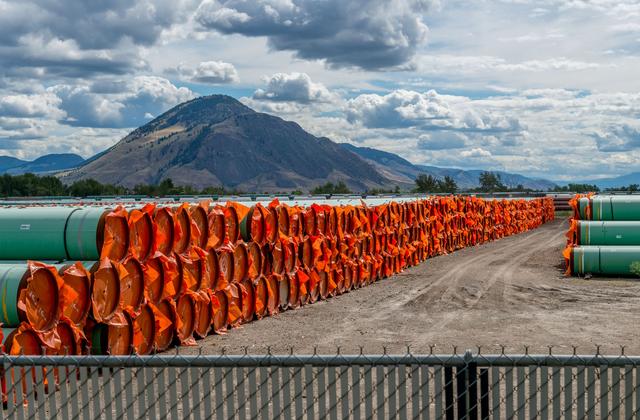 The Canadian government delayed sharing critical documents about spill risks related to expanding its oil pipeline, in some cases waiting until, after the conclusion of consultations with indigenous communities, a court heard on Tuesday.

The Squamish Nation received government reports on the impact of marine spills from an expanded Trans Mountain [TMC.UL] pipeline only after the government’s consultations with its officials had concluded in June, Michelle Bradley, a lawyer for Squamish said in the Federal Court of Appeal in Vancouver.

When it did receive the reports - peer reviews of indigenous groups’ expert reports - Squamish discovered too late for discussion that the government’s own scientists agreed with the communities that much is not understood about how spilt bitumen would react in bodies of water.

The hearing began on Monday and is scheduled to last through Wednesday. The court agreed in September to consider concerns from four indigenous groups that the government’s consultations this year were insufficient.

The legal challenge is the latest setback for Trans Mountain, which is one of several stalled pipeline expansions proposed to ease congested export channels.

“Information was disclosed far too late,” Bradley said. “It took place in a flurry of activity at the very end or even after the consultative process.”

The Canadian government is scheduled to argue its position later on Tuesday.

The Trans Mountain expansion would nearly triple capacity to move 890,000 barrels of oil per day from Alberta to a port terminal near Vancouver. Construction continues despite the court challenge.