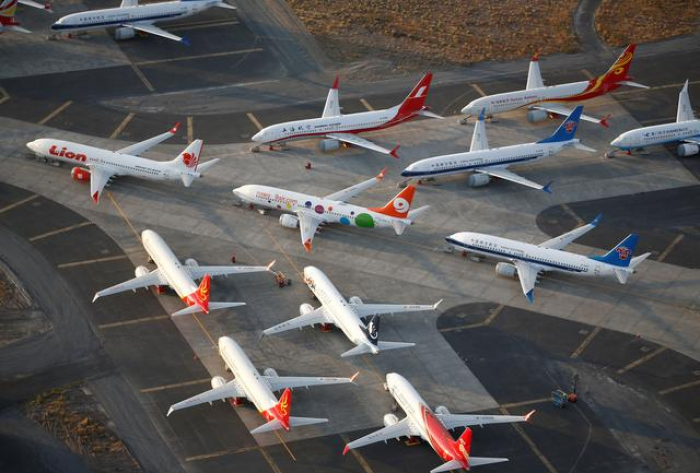 An Ireland-based plane lessor sued Boeing Co (BA.N) on Tuesday for breaching a contract for 22 of the U.S. planemaker’s 737 MAX aircraft and sought a compensation of $185 million.

Timaero Ireland Ltd cited design flaws in Boeing’s best-selling aircraft, which has been grounded for nine months, and said the private company has been affected by the planemaker’s breach of contract.

Deliveries of the 737 Max have been frozen as a result of the grounding. On Monday, the Chicago-based company announced it would suspend production of its 737 MAX jetliner in January, as repercussions from two deadly crashes of the now-grounded aircraft drag into 2020.

“The 737 MAX aircraft contracted for between Boeing and Timaero are now either worthless or seriously diminished in value,” Timaero said.

The 737 MAX has been grounded since March after two crashes in Indonesia and Ethiopia killed 346 people, costing the plane manufacturer more than $9 billion so far.