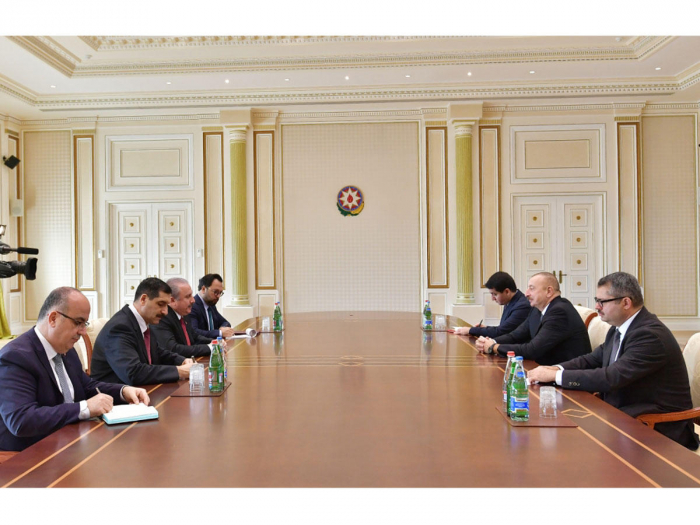 President of the Republic of Azerbaijan Ilham Aliyev has received a delegation led by Speaker of the Grand National Assembly of Turkey Mustafa Sentop.

President Ilham Aliyev thanked for Recep Tayyip Erdogan`s greetings, and asked the Speaker to extend his greetings to the Turkish President.

The sides described the recent opening ceremony of the Europe link of the TANAP gas pipeline as an historic event, saying this is yet another demonstration of the Turkish-Azerbaijani unity.

The role of interparliamentary cooperation in strengthening bilateral relations was emphasized at the meeting.

The sides also pointed to the importance of the 9th Plenary Session of the Parliamentary Assembly of Turkic Speaking countries (TURKPA). The importance of Azerbaijan’s successful chairmanship of the Turkic Council, and the growing global interest in the organization was also underlined. The sides hailed the ample opportunities for further expansion of cooperation within this organization.