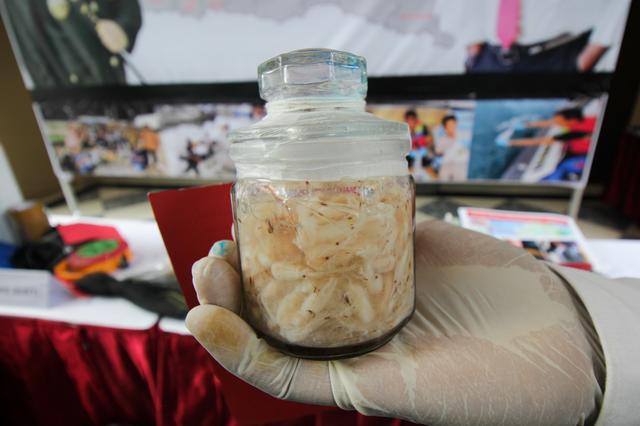 A proposal by Indonesia’s new fisheries minister to remove a cap on exporting baby lobsters has come under fire, with critics saying it could deplete stocks around the archipelago and boost the fishing industry in competitor countries.

Former fisheries minister Susi Pudjiastuti, who is popular for blowing up 556 foreign boats caught illegally fishing, implemented the ban on catching and exporting lobster smaller than 8 cm in length, or 200 grams (0.44 lb) in weight, in 2016, to conserve the population.

Pudjiastuti defended her policy on Tuesday in messages on Twitter, including a video of herself on the beach of the lobster producing town of Trenggalek, in East Java province, talking about the importance of not overexploiting the crustacean.

“If we don’t care and we don’t stop the catching of our lobster seeds, we will only enrich Vietnam and Indonesia will never see any more lobsters in our ocean,” she said, sitting cross-legged on the beach.

The issue has prompted intervention by President Joko Widodo after going viral on social media with hashtags on Twitter such as #lindungilobsterkita (protect our lobsters) trending.

Widodo said a review of the ban should not only consider the environmental aspects, but also economic ones.

“Don’t only say no (to exports). A balance is needed, but also, it shouldn’t be that everything is caught all over the place for exports. That would be wrong too,” he said.

Indonesia is a major seafood exporter, but lobster shipments have slumped in recent years to about 1,960 tonnes from 3,330 tonnes in 2016, according to German database company Statista.

The Economic Research Institute for ASEAN and East Asia found that undersized lobsters continued to be sold in Indonesia despite the 2016 ban, due to poor law enforcement, and suggested in a report in August more research was needed to help grow the industry and restock the population.

Marking another possible policy change from his predecessor,Prabowo has floated the suggestion that some seized vessels could be handed over to fishermen or authorities rather than destroyed, according to state agency Antara.