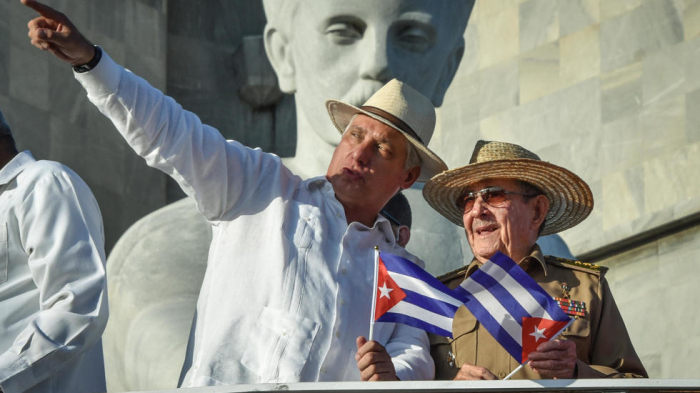 Cuba is to resurrect the position of prime minister in a parliamentary session at the end of the week, with President Miguel Diaz-Canel nominating a candidate to the post which has remained dormant for more than 40 years, AzVision.az reports citing AFP.

The last time Cuba had a prime minister, it was revolutionary hero Fidel Castro.

However the position was abolished in 1976 when Castro transitioned to the presidency, taking over from Osvaldo Dorticos after the country's constitution was restructured.

No one knows yet who will be appointed, and the general public is in the dark as to what the role will even entail.

"I don't know what his functions will be, I imagine that he'll be helping that poor Diaz-Canel who never stops, going here and there trying to sort out the country," said Maria Fernandez, a 65-year-old pensioner.

Parliament will meet on Friday and Saturday before appointing the prime minister based on a proposal by Diaz-Canel.

The new official will become "head of government" for a five-year term.

Diaz-Canel's nomination must then receive an absolute majority in a National Assembly vote, according to the country's new constitution, which was approved in April.

The appointment will also have to be ratified by the omnipotent Communist Party led by former president Raul Castro.

Fidel Castro was a unique prime minister "given the weight of his persona," said Cuban professor Arturo Lopez-Levy of Holy Names University in California.

"Ultimate power in the country was in Fidel's" hands during his time as prime minister from 1959-76, even though Dorticos was president and head of state, Lopez-Levy said.

The appointment of a prime minister may signify a separation of powers but Lopez-Levy insisted that in Cuba it represents more of a "separation of functions" given the communist concept of political unity and the fact that the country is a one-party state.

Under parameters established by the constitution the candidate must come from the 605-member National Assembly, be at least 35, "be a Cuban citizen by birth and hold no other nationality."

The premier will be able to hire and fire state employees and will have overall control of provincial governors, another position restored under the new constitution.

Predicting who will be picked from a transitional Cuban government is tricky. Diaz-Canel could choose from any one of five vice presidents as well as his ministers.

If the prime minister is chosen from among the vice presidents, Lopez-Levy said Jorge Luis Tapia, 55, a former regional first secretary of the Communist Party, was his prediction.

"I'd pick Jorge Luis Tapia for his economic and experience profile," Lopez-Levy said.

"In any case, I think you need to look further afield to the National Assembly."

As well as designating a prime minister, parliament must also ratify or approve the 26 members of the cabinet.

'We’ve have seen counter-productive, destructive policy by Armenia with regard to Karabakh conflict’s settlement'