Why don’t women self-promote as much as men?- iWONDER 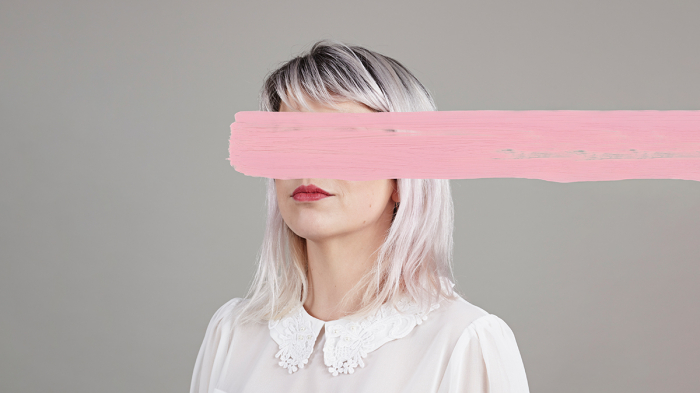 The fiscal quarter just wrapped up. Your boss comes by to ask you how well you performed in terms of sales this quarter. How do you describe your performance? As excellent? Good? Terrible?

Unlike when someone asks you about an objective performance metric (e.g., how many dollars in sales you brought in this quarter), how to subjectively describe your performance is often unclear. There is no right answer.

Since self-promotion is a pervasive part of work, those of us who do more self-promotion may have better chances of being hired, being promoted, and getting a raise or a bonus. As researchers interested in gender gaps in earnings, negotiations, and firm leadership, we wondered whether gender differences in self-promotion also exist and might contribute to those gaps.

We found a large gender gap in self-promotion — with men rating their performance 33% higher than equally performing women. To understand what’s driving this gap, we looked at two factors that might influence one’s level of self-promotion: confidence (you may be unsure of your actual performance) and strategic incentives (you may talk up your performance to get a raise or promotion).

We ran our study on the labour-market platform Amazon Mechanical Turk (MTurk), recruiting 1500 MTurk workers. We measured performance by having each worker complete a test with 20 analytical questions that relate to subjects such as math and science. We evaluated their confidence by asking them to predict how many questions they answered correctly on the test. And we evaluated their self-promotion by asking four subjective questions they might be asked on a performance review. For example, they were asked to rate their agreement with the statement “I performed well on the test” on a scale from 0 to 100.

We created four different versions of the study and randomly divided participants among them. To give our participants incentives like those faced by workers in practice, workers in the Public version of our study were told that one of their answers to the self-promotion questions would be communicated to an employer (another MTurk worker) who would use that answer — and only that answer — to determine whether to hire the worker and how much to pay the worker if hired. Employers also had an incentive to hire workers with better performance, as they were paid based on the test scores of any workers they hired.

We found that men engaged in substantially more self-promotion than women. For example, despite the fact that men and women performed equally well on the test on average, men in this Public version rated themselves an average of 61 out of 100 while women only rated themselves a 46 out of 100. This self-promotion paid off: workers who rated their performance more highly on the 0 to 100 scale were more likely to be hired and offered higher pay.

What drove this difference in self-promotion? One hypothesis is that women were simply less confident than men in their performance. Indeed, women in our study were underconfident about their performance (i.e., they thought they had answered fewer questions correctly than they actually had) and men were overconfident.

Another hypothesis was about strategic incentives. Since workers knew their self-promotion would determine future job and pay opportunities, perhaps men were simply more willing to take advantage of this system. Could the self-promotion gap reflect men inflating their assessments more than women to get more money?

To answer this question, we ran a different study version, our Private version, in which we asked workers to evaluate their performance privately. Worker responses were not shared with employers and there was no financial incentive to rate oneself favorably — so there was no strategic reason to engage in self-promotion. Indeed, without the incentive to impress potential employers, workers engaged in less self-promotion overall. However, both men and women decreased their levels of self-promotion equally and so, again, the gender gap persisted.

Our other attempts to close the gender gap in self-promotion also failed. In our Ambiguous version, we returned to having an “employer” involved but added ambiguity to the environment. We told workers that there was some chance employers would learn their true performance level along with their self-promotion. This introduced some chance of “being caught” if one engaged in excessive self-promotion. And in another version — the Private (Information about Others) version — we returned to the private setting without employers but created a more transparent environment by informing workers of the average level of self-promotion of others who scored as well as they had on the test. Neither intervention closed the gender gap in self-promotion, leading us to conclude that the self-promotion gap persists both in more ambiguous and more transparent environments.

In every setting we explored, we observed a substantial gender gap in self-promotion: Women systematically provided less favorable assessments of their own past performance and potential future ability than equally performing men. And our various study versions revealed that this gender gap was not driven by confidence or by strategic incentives, and that it was robust both in the face of ambiguity and under increased transparency.

What could be driving this troublingly persistent gap? At this point we can only speculate. Prior work investigating self-promotion has pointed to the potential for gender differences in backlash — in which those who self-promote “too much” are punished. If women are punished for excessive self-promotion more than men, this could lead women — more than men — to internalize the risks of describing their performance too favorably. If internalized, a gender gap could then arise in settings like ours in which potential employers do not know gender (e.g., in the Public and Ambiguous versions) or when there are no employers to worry about (e.g., in the Private and Private (Information about Others) versions). Until we better understand the cause of the gender gap in self-promotion, it may be hard to identify strategies to close it. This means there is more research to be done.

In the meantime, employers relying on self-promotion to make hiring, promotion, salary, or bonus decisions should heed the lessons from this work: Women may not talk about their work as favorably as men, but that doesn’t mean their performance is any worse.