First human head transplant ‘could be achieved by 2030’ 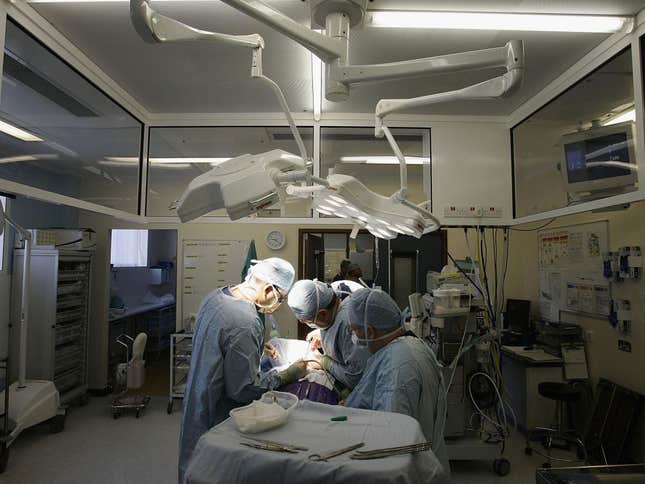 The first-ever human head transplants could be achieved within the next decade, claims a former NHS neurosurgeon who believes he knows how the feat of moving a person’s consciousness to another body could be made to work.

Bruce Mathew, a former clinical lead for neurosurgery at Hull University Teaching Hospitals NHS Trust, was working on a science fiction novel with Institute of Futurology founder Michael Lee when he realised the potential key to making the outlandish surgery a success.

He believes that surgeons would not only have to transplant a person’s head, but place their entire spinal cord into another body.

Until now, the few contentious scientists striving to make head transplants a reality have mainly focused on methods that sever the spinal cord – an idea that Mr Mathew, who has performed more than 10,000 operations, describes as “utterly ridiculous”.

But the 63-year-old from Hull asserts that advancements in nerve surgery, robotics and stem cell transplants mean that it could be possible to reattach an entire spinal cord – and its corresponding head – to another body before 2030.

“Initially our intention was to just brainstorm an idea and it seemed rather silly, but then I realised, it actually isn’t. If you transplant the brain and keep the brain and spinal cord together it’s actually not impossible,” he told The Telegraph.

One of the more infamous scientists in the sparse head transplant field, Sergio Canavero, in 2017 claimed to have performed a successful transplant on a human corpse based on a method that severs the spinal cord at the base of the neck.

He claimed electrical stimulation proved it had been a success, but other scientists criticised the claims and pointed to his previous claim of success with a monkey, which never regained consciousness and would have remained paralysed if it had done so.

Mr Canavero, who has a willing human volunteer lined up, suggested his work could pave the way to immortality – a word also used in the title of Mr Mathew and Mr Lee’s book, called Chrysalis: A surgical sci-fi story about immortal potential​.

I would like to receive morning headlinesMonday - Friday plus breaking news alerts by email
Mr Mathew continued: “The thought of keeping [the spinal cord] in one piece has always been totally daunting, but now with modern technology you can do most things.

“At the moment, you can connect one or two nerves, but with robotics and artificial intelligence we’ll soon be able to do 200 nerves. You would take off all the spinal column, so that you could drop in the whole brain and spinal cord and lumbar sacra into a new body.

“Obviously it’s very difficult to take out the dura (the protective membrane of the spinal cord) intact without making a hole in it. It will take a number of advancements and incremental steps but it will probably will happen in the next 10 years.”

While the method would be of no help to those with spinal injuries, it could help those with degenerative muscle diseases, and Mr Mathew suggests it could allow people to be given robotic bodies.

Mr Mathew told The Telegraph that there are still doubts as to whether the head and spine could be made to successfully integrate with so much of another person’s DNA, and that gut bacteria may need to also be transferred.

But he believes stem cell transplants could be used to prevent rejection.

“You would take on the DNA of the actual brain and spinal cord, so rather like a bone marrow donor, and you would get rid of donor DNA and then colonise it with that from the person receiving the body,” he told the paper.

“I mean there are huge problems, but it is possible. And you’ve got to remember you’ve got thousands of people in deep freezes, often just heads, and companies who really believe you will one day be able to reawaken them from the dead, cure them of disease, and give them new bodies. In comparison what I’m proposing is fairly conservative.”​